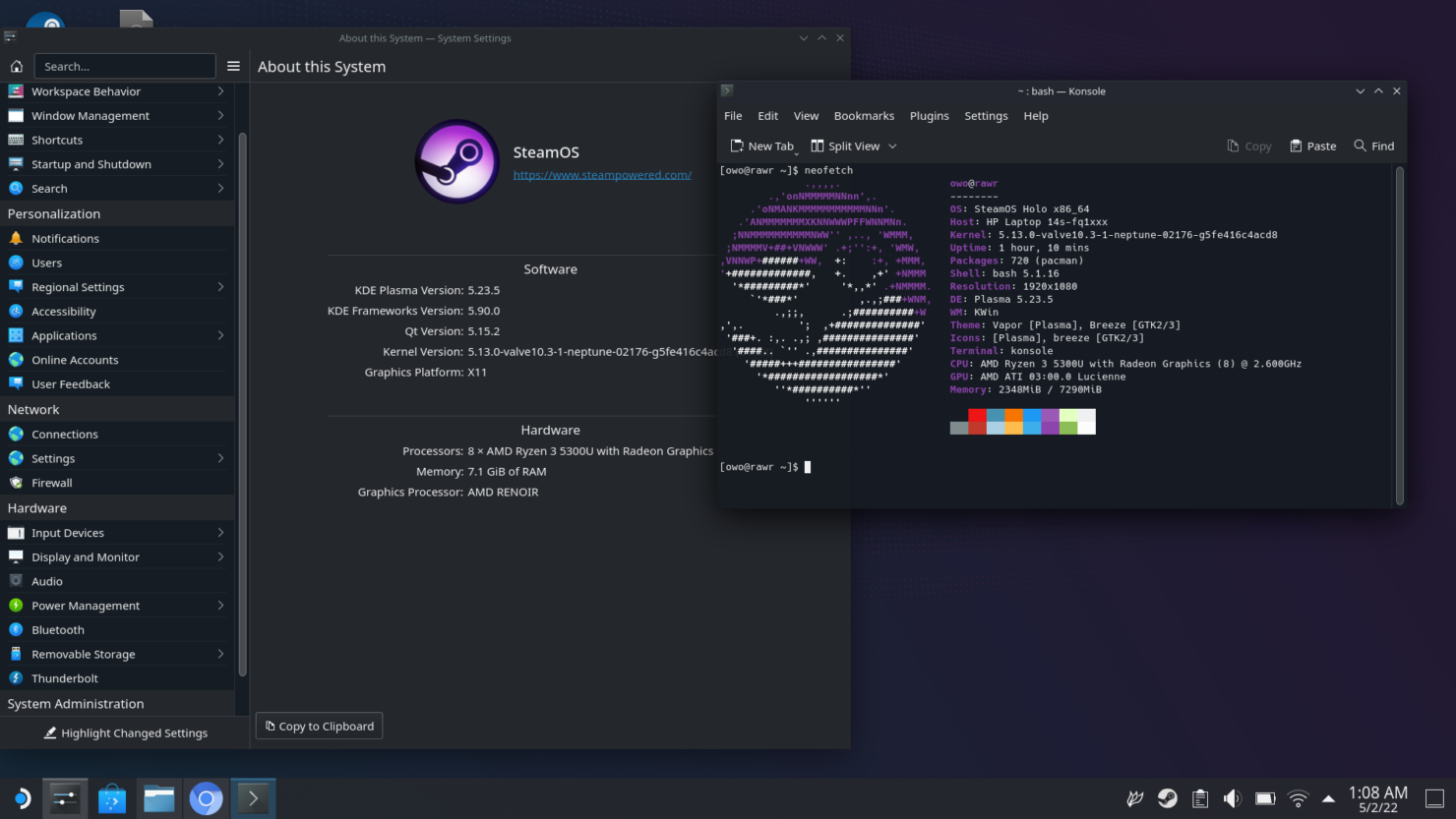 The Steam Deck is currently a very hot item that is currently being distributed. While users are waiting for it, the gaming community has brought a new way to enjoy the Steam Deck experience without the need for the device itself. Now, you can use it on your other devices thanks to the power of HoloISO.

This operating system works similarly to the Steam Deck OS. It's not strange considering the code, and packages are straight from Valve with zero possible edits. Additionally, the ISO is being built on the official Steam Deck recovery image running inside a QEMU instance. So far, users will have access to the following features:

While this OS is quite impressive. It's still not suggested to be used as a primary desktop OS. NVIDIA GPUs can get stuck while running it and Intel GPUs/iGPUs require Gamescope and MESA downgrade in order to boot into the Steam Deck session.

Still, if you're willing to test it out, keep in mind that you still need to meet the following pre-requisites:

The HoloISO Steam Deck OS is currently at an early stage of its life so, of course, it's expected to run into some issues. The OS will continue to grow as the development team continues working on it. You could also, you know, wait until the official release of the OS by Valve as well. At least the Q2 2022 pre-orders are currently being shipped.