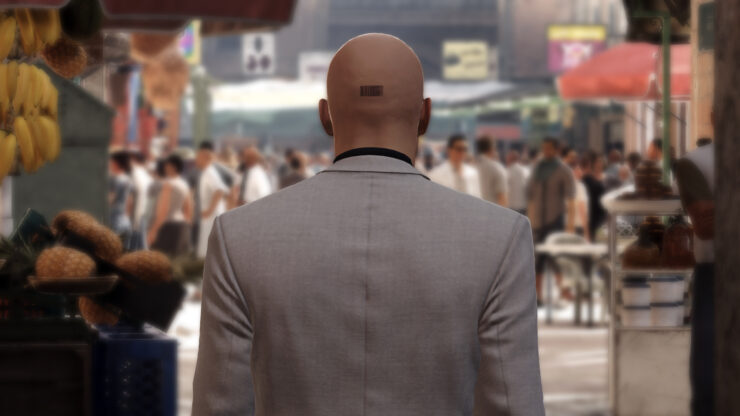 As part of a media preview event on HITMAN's Season finale (Episode 6 - Hokkaido, due for release today on all formats and previewed here), we had the chance to interview HITMAN's Creative Director Christian Elverdam and pose him some questions from the community. Enjoy!

With this iteration of HITMAN, you've decided to go with the episodic format. Now that the first season is over, are you happy with the decision and what kind of things did you learn during Season one?

Looking at where we are right now, we're getting a lot of praise from people saying how much depth there is in the level. That is actually one of the fundamental questions we wanted to solve when we did the game like this in the first place. We had this conundrum that we built levels that were super filled with details, but we still had people saying "I beat the level in an hour, I just went in and killed the target, I don't really get what this is about, how is this cool?"

And we are like, I mean, imagine some of the people who spend hours and hours and hours building all these elegant and elaborate ways of killing a target, even substories and mini story arcs. The episodic format in a way makes people play it and appreciate it for a longer time, because if Paris is out for a month or Sapienza is out for a month and so forth then that's what you talk about. The community starts talking about way more in depth and they start finding all the easter eggs and all the different things to do, and then their appreciation goes "Wow, the sandbox is actually substantially bigger than just running and shooting people". This really helps us, because that's the game we're building in the end.

Having people coming back from skepticism in the beginning, saying, you know, "What are you doing? What is this?" and now saying "Wow, this is the perfect way for HITMAN to come out" was really nice for us. Even though it's been hard to make all the episodes happen, because a big part of the skepticism was not only whether the episodic format fits but also whether the episodes would be delayed. I think it's pretty important for our season that it feels like a whole, you know, that it fits tight in the content schedule. If months passed since something happened, that would have been a disaster.

I think that's also part of why people are coming back now, that seems to be working.

Is there anything that you would do differently in hindsight?

I think our early talks about what we were doing and how we communicated the whole episodic way of doing it - I mean, it is the first time someone is doing this with a triple A franchise like ours - the way we communicated about it was maybe confusing people. If you are already a little bit skeptical about what's going on and we are confusing, that's not a good start. So I would have loved to be more clear there, but that's how it goes.

Can you confirm whether there will be a Season two and if so, will it be connected to Season one?

When we announced the game back at E3, we actually talked about this launch of HITMAN and how it would be a game to span season. That train of thought is very much alive, we want a game that expands over time. But specifically what's going to happen, we can't talk about that yet.

Quite a few people in the community believe that player-made Contracts were much more in-depth in HITMAN: Absolution. Are you going to improve on this aspect and broaden the scope of the Contracts level creator, perhaps adding modifiers?

I get where that question is from. I think from the Colorado patch and on, already from that level we had some really good initiatives coming around, especially how you search. We have a tagging system, so that made it in. And we also have way more elaborate kill conditions; these elements are actually quite new and they sort of supersede everything we've built before, even HITMAN: Absolution. We were a little bit primitive for a while, but now I think we're in a very good place. So I would say to people, jump in right now and try to build the contract and see what you think now. In a game about creating clever accidents, even in Absolution we could only say that the target has to die by accident. Now it's actually the specific type of accident, so you can create very elaborate contracts.

And it's fairly easy to find with the tagging system, which is also something new. So yeah, from Colorado onwards you'll find contracts better than ever.

Similarly, some players are asking for "true weapon customization" like in HITMAN: Blood Money. Is there any chance you're bringing that system back?

It's pretty clear that Season one took us on creating items in a certain way. We're not going to change that. We have plans, you know, when you look at the Season what items would you get in what order, which we felt fit better with the episodic format. That's how it is right now.

Do you plan to make any changes to the opportunity system?

There was a lot of discussion early on about the opportunity system. I also recall that when we announced the game, people were skeptical about whether it would be intruding in the sandbox and freedom you had. I think when you look at it now, it's just a guiding system so it's basically waypoints telling you what to do in the level that you can turn off. If you turn it off, it doesn't really alter how the sandbox plays.

I think if you're worried about the game feeling too linear or easy, just turn off the opportunity system so that you have to figure out everything yourself. The same thing goes a little bit for the challenges. We got some feedback early on that around the time that Sapienza and Paris came out that people were sad that when they looked at the challenges, they would describe too much what you can do in the level, so we added the option to switch off the full description and use just an image and a title. I would encourage people to look at how much you can customize the game, both in terms of challenges, the opportunities and also the UI where you can turn off all the elements you don't like.

No. A part of what an elusive target is, is a moment in time. If you think about it, we spent a lot of time trying to bring back the HITMAN sandbox. You play the sandbox, you rehearse, you repeat, you become a master because you can repeat everything you're doing. Which has always been sort of the one core, central promise of what we did.

But then with the elusive targets we wanted to flip the coin completely and say, this is the opposite assassin fantasy. This is the moment in time that doesn't come back, that you can't rehearse and it really feels like a moment because you're standing there with sweaty palms and if you screw up, it's over. If you want Silent Assassin, you have to play really well to get there.

What I will say is, now that the Season is concluding with the final episode there are still elusive targets coming out for a while. But the targets that have happened are gone.