HITMAN: Episode Six – Hokkaido Hands-on Preview – It’s Not over Yet 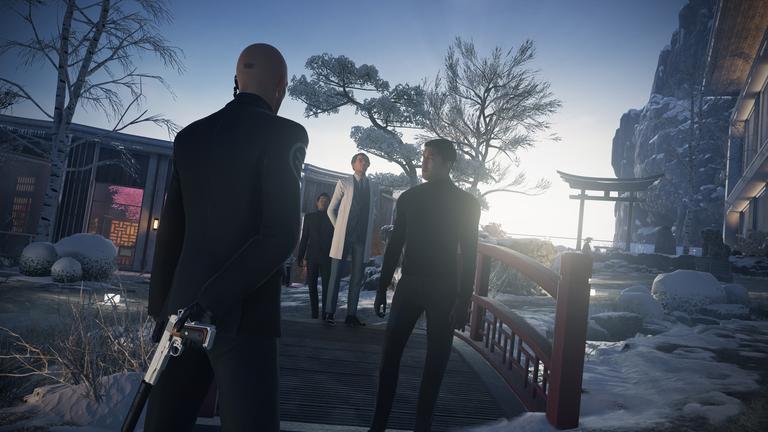 Episode Six, entitled ‘Hokkaido’, places Agent 47 in the GAMA Private Hospital and resort, located in Japan. Despite its peaceful Zen gardens and traditional hot spring/spa, this location has all the features that will make your time as Agent 47 just that little bit more challenging. Any location that facilitates cutting-edge technology is usually accompanied by a lot of muscle and this one is no exception. Be prepared to think on your feet, react quickly and avoid drawing attention to yourself as you get closer to your target.

Now you may be thinking that all of that applies to the other five HITMAN episodes that you’ve played this season, and you’d be correct. For the most part, Hokkaido gave us a very similar feeling to the previous episodes: we were terrified of getting caught but we had a lot of fun. If you enjoyed the rest of Season One, it’s very likely that you’ll also enjoy the finale as it builds on the best parts of the previous episodes and features a few additional challenges.

As mentioned earlier, Io-Interactive have really ramped up the difficulty with this last mission set in Hokkaido. So far, every HITMAN episode this season has allowed you to choose from a small selection of gear and weapons before entering the mission. The Hokkaido episode starts you off inside the state-of-the-art GAMA Private Hospital as one of their VIP patients. What makes GAMA so unique? KAI - the artificial intelligence that runs it. Each patient wears a robe fitted with a radio signal chip that grants them access to their rooms and various areas in the resort. Of course, you won’t have access to any of the truly interesting rooms when you first start but given some time, you’ll find a way to access those out-of-bounds areas. So, in light of the situation, players will begin the episode without any weapons or gear.

Furthermore, the finale episode will also feature a mission called ‘Situs Inversus’, which the developer has advertised as “the culmination of everything players will have learned in terms of both gameplay and story”. Fans of the new episodic format of the series will notice references to previous episodes and will certainly appreciate the opportunities created by them. Due to the time that has passed since the release of the earlier episodes, these references are a nice touch that will refresh players’ memories of what has happened over the course of the season. They also provide a bit of light humor to situations in the game that would otherwise be quite intense and nerve-racking for the player. In addition, with regards to the gameplay in Episode Six, we can confirm that it is slightly more challenging than some of the previous episodes.

Starting without any weapons or gear may make the player feel as though they are starting with a disadvantage; it definitely took us some time to adjust! However, this actually proved to polish the skills that we’ve learned playing HITMAN and encouraged us to be far more inquisitive in the new location. Patiently stalking strangers and ascertaining the perfect time to pounce has never been more important. Knowing the movements and plans of both targets along with a number of others turned out to be our most precious weapon when we played, and after a few rounds of collecting information we were able to finish the episode with a relatively clean record.

Despite not being able to say much about Hokkaido’s targets, we really like the characters’ stories and are very interested in learning more about them once the finale episode is released. Following suit with its predecessors, Episode Six will also utilize the Hokkaido location for various Elusive Targets, Escalation Contracts and Featured Contracts created by the community. All weapon and gear unlocks from this episode will also be available for use in previous locations.

There were a lot of negative reactions when Io-Interactive revealed their plans for an episodic Hitman game. Some people believed a Hitman game wouldn’t work well as an episodic title, whereas others were angry simply because they wanted to experience the game as a whole, without having to wait for content. It didn’t help that Hitman’s launch was plagued with a variety of problems relating to the always-online aspect of the game - a feature that many people also had an issue with.

Despite the rocky beginning, Io-Interactive have justified their actions by creating this unique version of Hitman. The addition of the elusive target missions gives you something that isn’t possible without being always-online (being able to complete special missions that can only be attempted once). Traditional Hitman games allow you to finish levels without thorough exploration and this is something that the latest game avoids, thanks to the episodic format. Each level contains a variety of missions featuring different targets, giving you plenty more to do in the sandboxes Io-Interactive place you in. This Hitman game, more than any other, teaches players to master the game’s mechanics, and its once you have a true command of Agent 47 that you really start to enjoy HITMAN for what it is.

With Studio Head Hannes Seifert recently confirming that this title will continue to expand in the future, HITMAN's journey isn’t over yet. You can find out more from the developers themselves in our interview with Creative Director Christian Elverdam.

HITMAN: Episode Six - Hokkaido is available now for $9.99 on PC (Steam), PlayStation 4 and Xbox One.