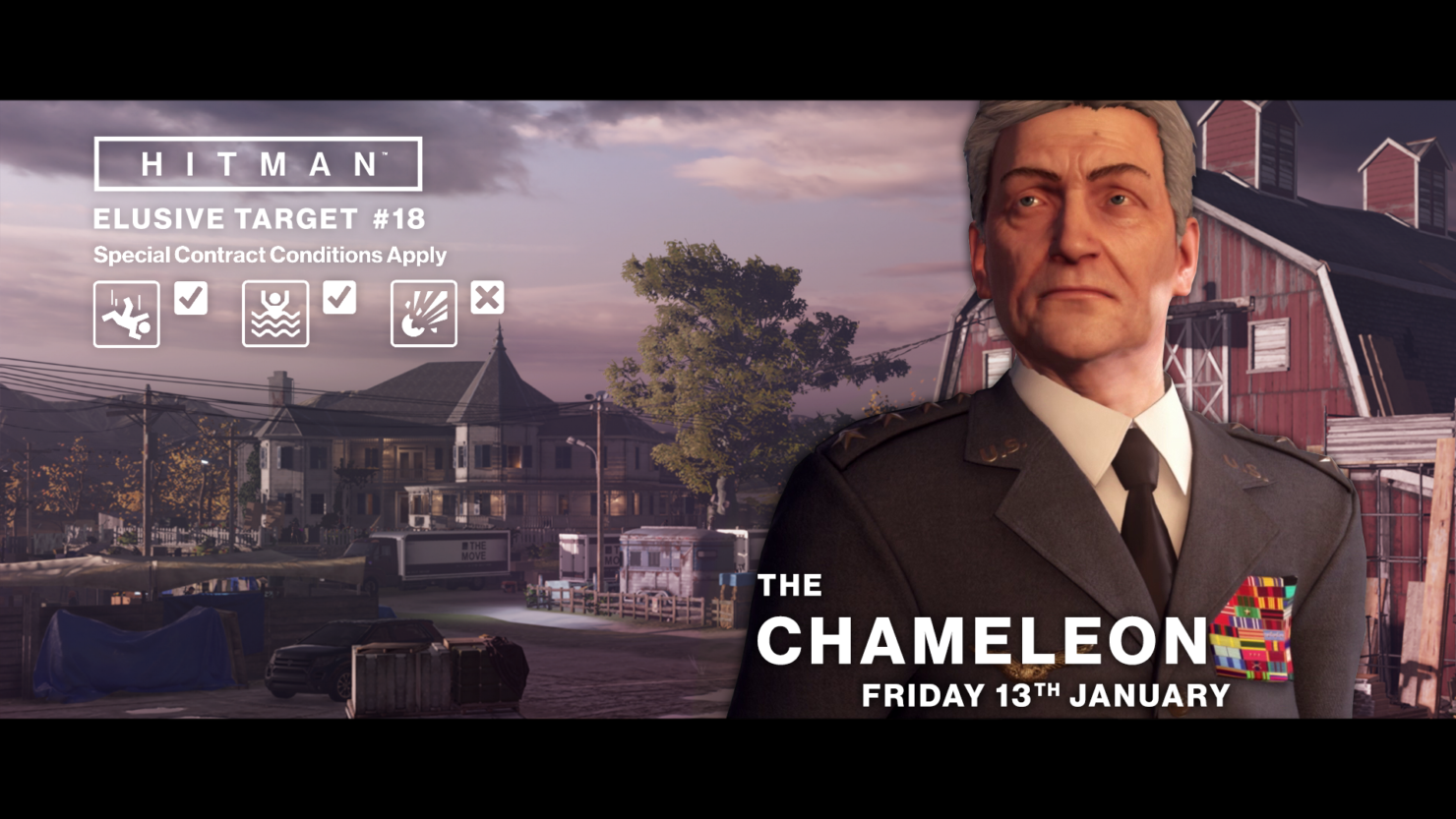 Sometimes, it takes a Master Assassin to take out a Master infiltrator. Hitman's current elusive target takes you back to Colorado in order to assassinate the deceptive Chameleon.

This target goes by The Chameleon. Richard M. Foreman is skilled infiltrator and master of disguise working with the militia based out of Colorado. Somehow he managed to impersonate a billionaire and steal millions of dollars from him. It seems like this will be more tricky than the Food Critic we had to kill last week.

This time around you have special objectives outside of just murdering him. You need to eliminate him with a non-explosion accident, like drowning and being shoved over a ledge. You also need to retrieve documents with future militia plans so it might be wise to isolate him in a way to search his corpse in peace.

Just in case you forgot what the rules for Elusive Targets were, IO Interactive put together this handy guide about limited time hits via press release:

Hitman is out now PC, PlayStation 4, and Xbox One. The Chameleon is available from now until January 20th so get to planning and start assassinating. Don't forget that completing Elusive Target contracts successfully will get you one step closer to unlocking for sweet-looking outfits for Agent 47.

The new season should also be revealed soon. Stay tuned on Wccftech!