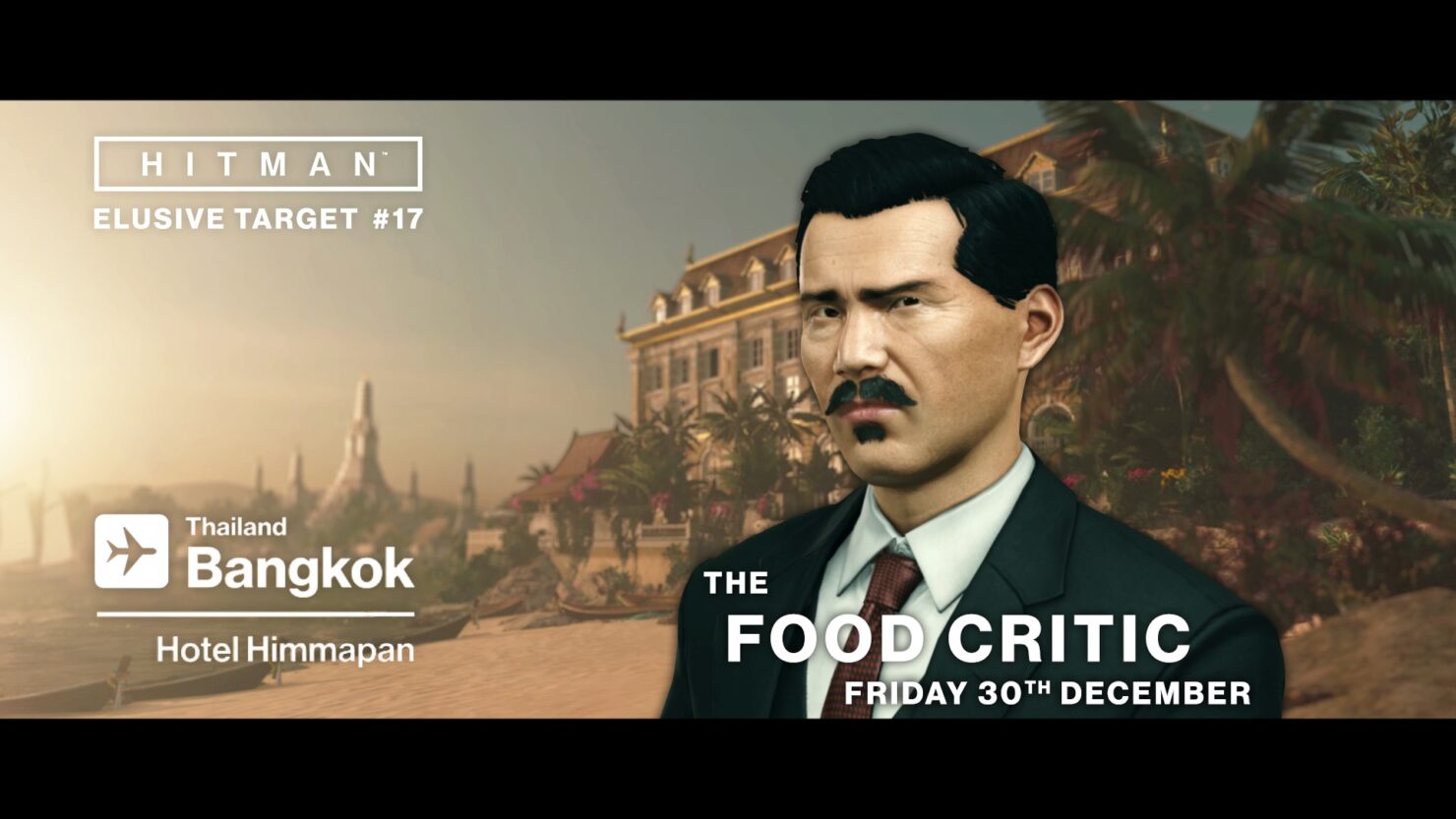 Ever wanted to kill a food critic? Now you can: elusive target 17th, dubbed The Food Critic, is live now in Hitman on PC, Xbox One and PlayStation 4.

This month's elusive target is Wen Ts'ai, food critic and all-around jerk. He's driven chefs to suicide with his overly harsh food reviews. The Food Critic will be in at the Hotel Himmapan in Bangkok, Thailand to review the hotel's food. The trailer below contains small snippets of The Food Critic and even a brief mention of another Elusive Target, Gabriel Santos aka The Chef, who also fears a review of the Food Critic.

It won't be easy considering the smug guy has his own personal security to ensure his safety. Thankfully, there are no other special conditions to complete your mission like when you needed to kill The Fixer. This time you just need to focus on murdering him and get away cleanly.

The Food Critic will be in Bangkok for seven days starting today. Of course like all the elusive targets, once he's gone you're not seeing them again.

The Elusive Target rounds out the Hitman December Content Schedule that included the sniper challenge, Holiday Hoarders mission, and Escalation Target in Sapienza. Hitman is available now on PC, Xbox One and Playstation 4. You can pick the retail version on January 31st, 2017 with the complete first season on all platforms. IO Interactive's game was selected by our staff as one of 2016's best action/adventure games, by the way.

Below you can get a briefing on Wen and start working on a plan of attack. The more Elusive Targets you kill, the closer you are to unlocking some pretty sweet outfits for Agent 47. The Colorado Tactical seems to be my personal favorite mainly because that hat is amazing, though that Winter Suit is sharp as hell.