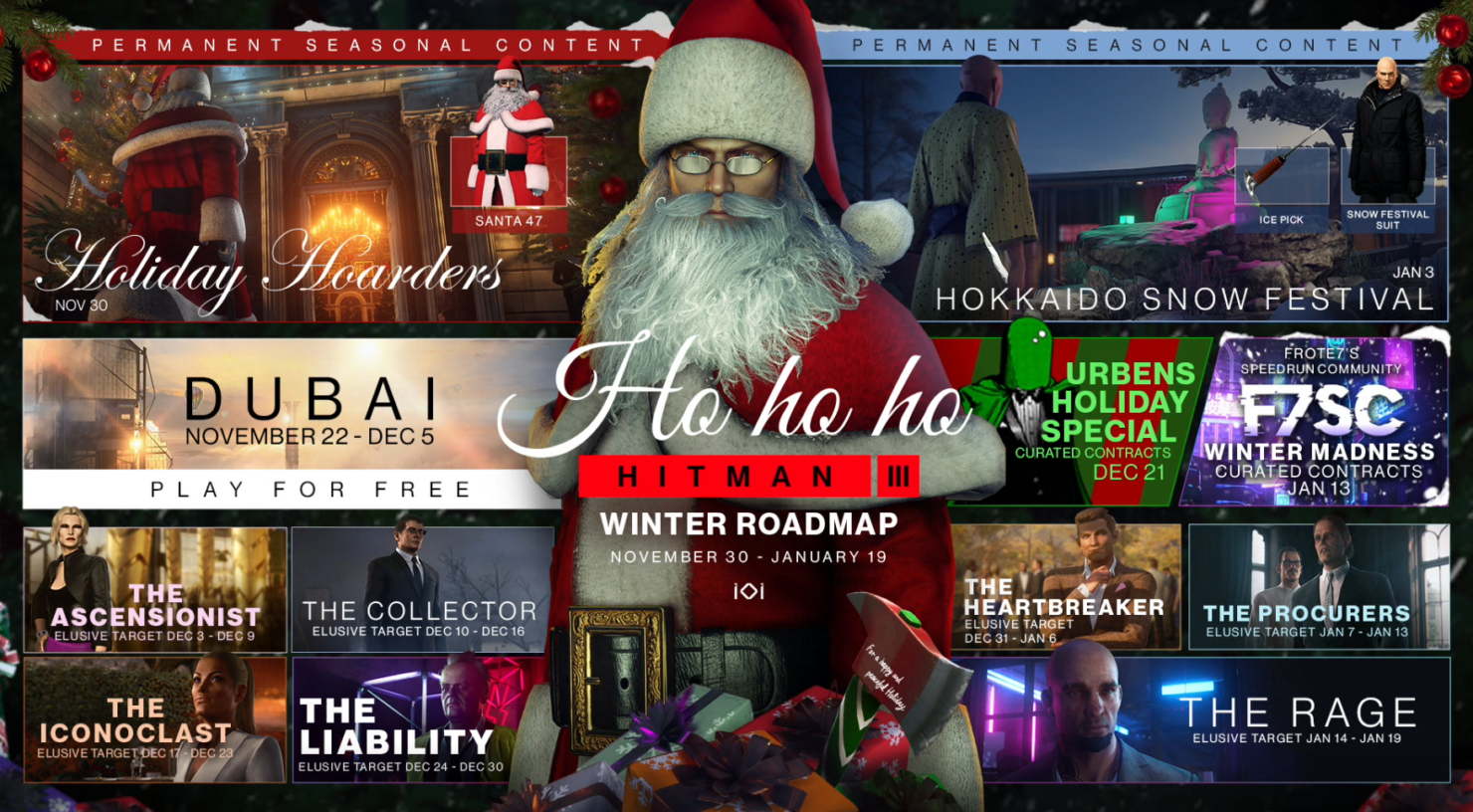 The Winter roadmap of upcoming content for Hitman 3 has been announced by IO Interactive. This roadmap brings about the plans that IO has in store for Agent 47's future adventures with content for the game being released up until January 2022.

A new trailer that showcases the upcoming content can be seen below:

Bundle up, grab some hot chocolate, and get ready to ring in the New Year with a bang by getting another shot at all of Hitman 3's new Elusive Target missions and permanent Seasonal Content. Newer players can also enjoy the first mission of Hitman 3 (Dubai) for free thanks to this update. The roadmap lists the upcoming game updates on the following dates:

Both seasonal events are permanent additions for the game's owners. The Free Starter Pack owners can enjoy Holiday Hoarders until January 1st, 2022, and the Hokkaido Snow Festival until February 4th, 2022.

Both of these events include unlockable items for players who complete them. Additionally, those who finish Holiday Hoarders will unlock the Santa 47 suit while completing Hokkaido Snow Festival will unlock both the Ice Pick and Snow Festival suit.

As the game is currently enjoying its massive success on PC and next-generation platforms, the game's developer IO Interactive announced a new year's worth of content for it. IO Interactive confirmed that they are working on new modes, storylines, ways to play, and surprises that “the community has been asking for a very very long time.” The game is going to enjoy its second year of content and it's going to start in January 2022.