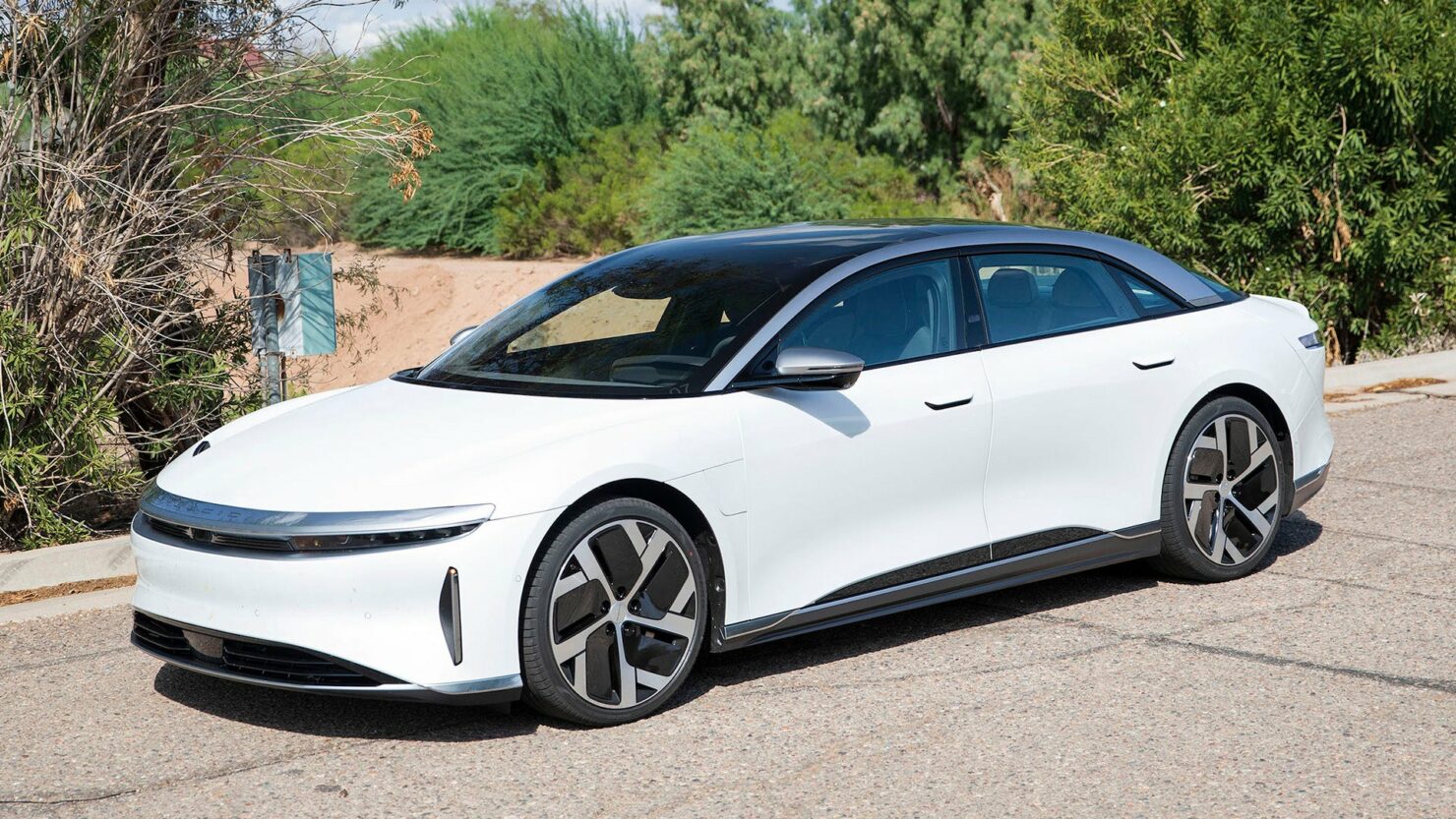 Lucid Group (NASDAQ:LCID), the manufacturer behind the ultra-luxury Lucid Air electric sedan, is poised to announce its earnings for the fourth quarter of 2021 on Monday, the 28th of February 2022. Heading into this crucial earnings window, put options on Lucid Group shares are attracting outsized inflows.

Lucid Group had disclosed its first-ever earnings as a public company back in November 2021. For its fiscal third quarter of 2021, the company had reported a revenue of just $232,000 vs. a consensus estimate of $1.25 million. This nominal top-line metric, though, was largely in-line with broad-based expectations as the EV manufacturer was still in its pre-revenue phase at that time.

This time around, however, Lucid Group is expected to report material revenues on the back of ongoing deliveries of the Lucid Air Dream Edition EVs. As a refresher, the company had committed to delivering 520 units of the Dream Edition Air EV by the end of 2021. Accordingly, Lucid Group is expected to report $59.87 million in revenue for Q4 2021 and a non-GAAP EPS of -$0.30.

Lucid Group is also expected to provide critical financial guidance for the rest of 2022. As per the current consensus expectations of analysts, the company should report revenue of around $212 million in Q1 2022, with the revenue estimate for the entire FY 2022 currently pegged at $2.01 billion.

The biggest uncertainty regarding Lucid Group’s near-term share price outlook currently revolves around how many vehicles it managed to deliver in 2021 against its target of 520 units. Should Lucid Group manage to meet this stated target, it would increase investor confidence in the company’s projection to deliver around 20,000 EVs in 2022. In another matter of some concern, the company is reportedly gearing up to recall 203 Air EVs due to a safety issue concerning the front strut damper. Nonetheless, readers should note that as per Lucid Group’s internal assessment, only around 1 percent of the recalled cars are likely to sport the flawed front strut damper, with the vast majority of such units likely to undergo only a comprehensive examination.

This brings us to the crux of the matter. As of the 25th of February 2022, Lucid Group had a 10-day Put/Call ratio (based on open interest) of 0.8372, while the 60-day Put/Call ratio hovered at 1.2728. This means that puts remain popular among investors even if the magnitude of the tilt toward puts seems to have somewhat normalized recently.

A cursory look at the first two upcoming expirations in March showed a slight tilt toward calls on Friday. However, it is the third expiration in March – the one scheduled on the 18th of March 2022 – that showed very significant activity.

As is evident from the snippet above, 4.1x as many puts as calls were traded on Friday for the 18th of March expiration. Delving deeper, the $30 put strike on Lucid Group shares attracted significant volume on Friday.

This suggests that by the mid of March, some investors are betting on a sub-$30 stock price. Finally, a cursory look at the 30-day 25-delta implied volatility skew for puts and calls on Lucid Group shares continues to show a bearish tilt.