Here’s Every Mac Wallpaper from Mac OS X 10.0 Cheetah to macOS 10.15 Catalina in a Single Image 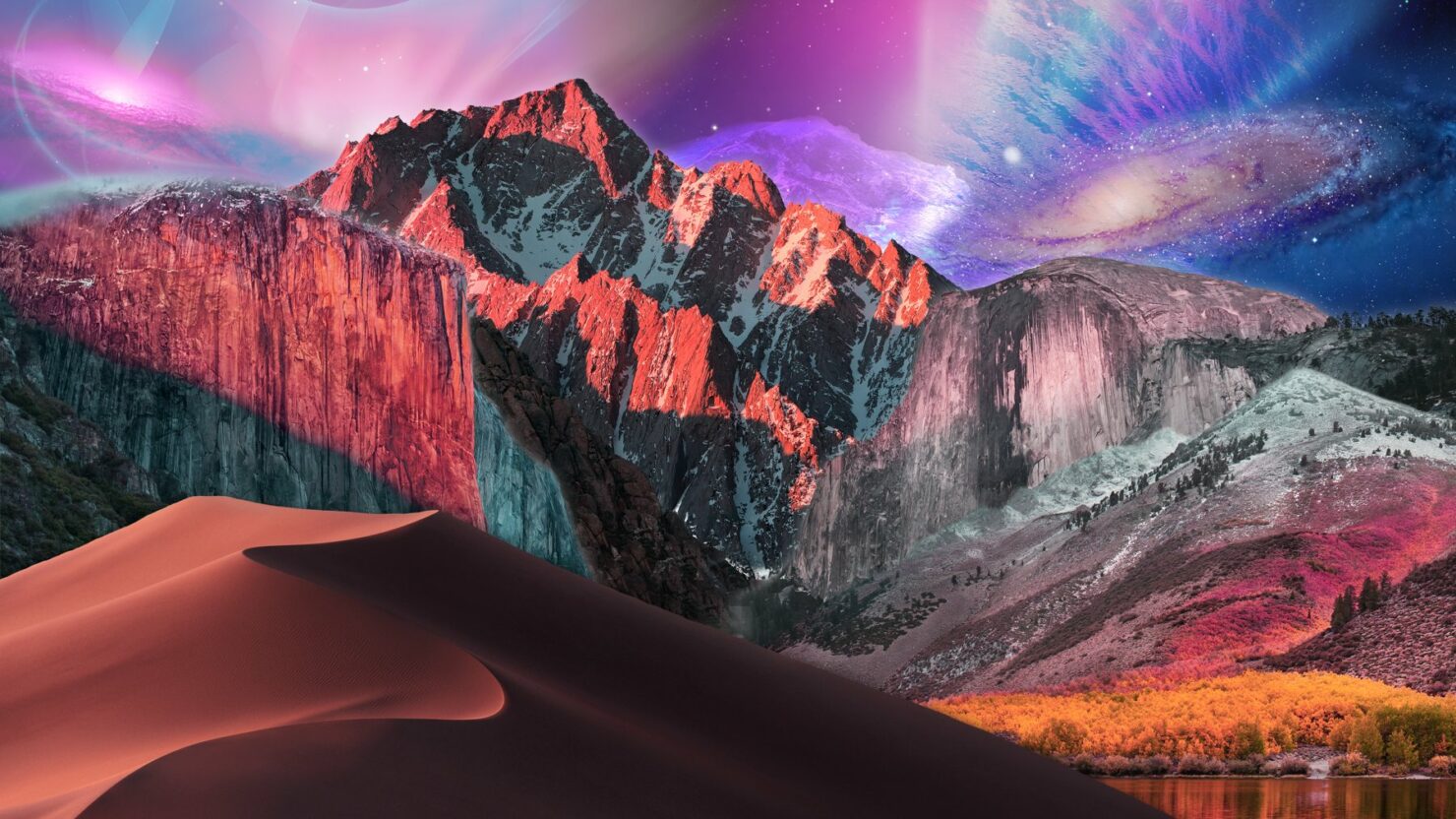 With every new macOS release, Apple ships a bunch of new wallpapers that are designed specifically for the Mac. However, what if you can get an exquisitely designed wallpaper that is a hybrid of all the wallpapers combined from Mac OS X 10.0 Cheetah to macOS 10.15. Catalina? It would be great and that's all that it is about. You can download the wallpaper for yourself right now. So let's dive in to see some more details on the subject.

TNW first spotted the image which was tweeted by an iOS theme developer named Jenny Vanille on Christmas Day. As we have previously mentioned, the image is a combination of all the wallpapers combined from Mac OS X 10.0 Cheetah to macOS 10.15 Catalina. It is a single image with the essence of all of the ones that arrived with the software release.

The new hallucinogenic masterpiece is a colorful image that is not only nostalgic but makes for a stunning desktop background. Here's what Jenny Vannile tweeted.

No one asked for this. But here it is: every macOS wallpaper from Mac OS X 10.0 Cheetah to macOS 10.15 Catalina combined. I highly doubt that anyone will ever use this. But I’ll use it lol pic.twitter.com/Qh9Kyo3OxT

To come to think of it, I have a faint memory of all the wallpapers that shipped with Mac OS X Cheetah to the more recent releases. If you're someone like me and want to rock the vintage yet highly artistic look on your Mac then be sure to download the image. The 5K version of the image is available through Jenny's Google Drive.

While you're there, there are some other wallpapers available as well which are made by combining every single iOS wallpaper released till iOS 13. So be sure to check it out for yourself and download the image if you feel like it.

There will be more to the story, so be sure to stay tuned in for more details on the matter. What are your thoughts on the wallpaper? Are you willing to give it a swing? Let us know in the comments.