Former smartphone giant Nokia will have something to smile about because the Finnish company will be selling it’s HERE mapping service to not one, but a collection of automotive giants that comprise up of Audi AG, BMW Group and Daimler AG. The deal was closed at $3.07 billion USD, and is expected to be closed during the first quarter of 2016. As a result of the deal, Nokia will be filing a profit of $2.75 billion USD, making the company fortune turn in its favor. 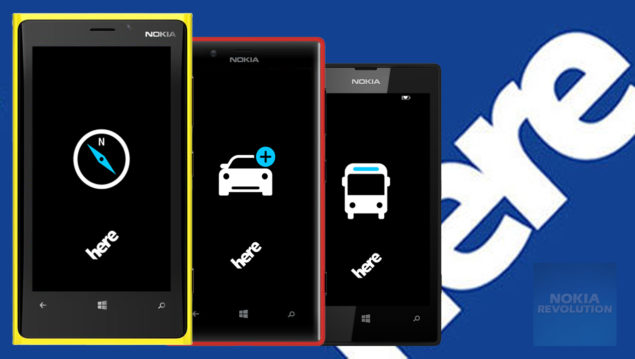 After Selling Its HERE Mapping Service, Nokia Will Be Focusing On Its Alcatel-Lucent Acquisition, And Will Aim To Become One Of The Top Players Of The Networking Industry

Reuters had reported that the deal between Nokia and the aforementioned automotive giants is going take place. While Nokia might have released its HERE mapping service in order to take on Google’s mapping service, the tech company probably thought that it would have been a better idea to sell it off to those firms that would have better use for it. Earlier, Chinese firms also started displaying a healthy amount of interest in the mapping service because it was able to rake in substantial amounts of profit in such a small time span.

Rajeev Suri, President and Chief Executive Officer of Nokia had this to say about the deal:

“With this step we complete the latest stage of Nokia's transformation. We integrated the former Nokia Siemens Networks, divested our Devices & Services business, and have now reached agreement on a transaction for HERE that we believe is the best path forward for our shareholders, as well as the customers and employees of HERE. Going forward, we will focus on our planned combination with Alcatel-Lucent. Once that is complete, Nokia will be a renewed company, with a world-leading network technology and services business, as well as the licensing and innovation engine of Nokia Technologies.”

There were rumors that Nokia was going to partner with Chinese phone maker Meizu in order to get back in to the smartphone market but they were debunked a long time ago. Nokia cannot start mass production of smartphones until the end of 2016, so the company has thought of several other ventures that will keep in alive when this year draws to a close. As for the Alcatel-Lucent deal, Nokia will be taking on Ericsson as it proceed to build a market in both optical transmission and networking equipment such as routers and switches.

Do you guys feel that Nokia did the right thing by selling off its HERE mapping service for a nice hefty sum? Let us know your thoughts.