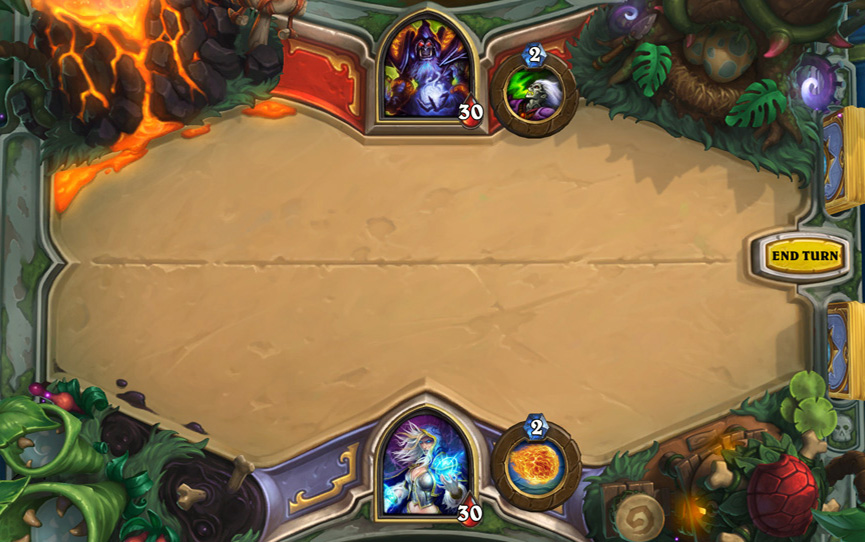 Time to put on your explorer hat. Blizzard Entertainment announced an expansion for their massively popular collectible card game, Hearthstone.

Journey to Un'Goro takes players to the heart of the Un'Goro crater, the prehistoric section of Azeroth. What this means is you should expect to see a fair amount of dinosaurs in the new 135 cards coming to the expansion pack. The single player campaign has you venture into this region completing challenges in hopes of unlocking powerful and rare cards.

Expect to see some very intense new cards like Volcano that randomly deals 15 damage to all minions or Amara, with Battlecry that sets your hero's health to 40.

Druids also get a new ability for their minions called Adapt that grants them a choice of ten possible upgrades for their cards:

SpaceX and Tesla Ceo, Elon Musk, talked about his gaming habits in which he recommended playing Hearthstone and Overwatch in a recent interview.

Starting today and up until release, you will be able to pre-order a special 50-pack bundle (one per account) for $49.99. Of course,  you'll be able to buy Journey to Un' Goro card packs using in-game gold or real money once the expansion pack is released. Each pack will have at least one Rare quality or better card.

Travel to the forbidding jungles of Un’Goro Crater, where primordial creatures from the dawn of time roam. Here, giant dinosaurs infused with raw magical power mercilessly hunt their prey, prehistoric fauna and flora abound, and unchained elementals run wild with primitive magic. Prepare your decks for the expedition of a lifetime!