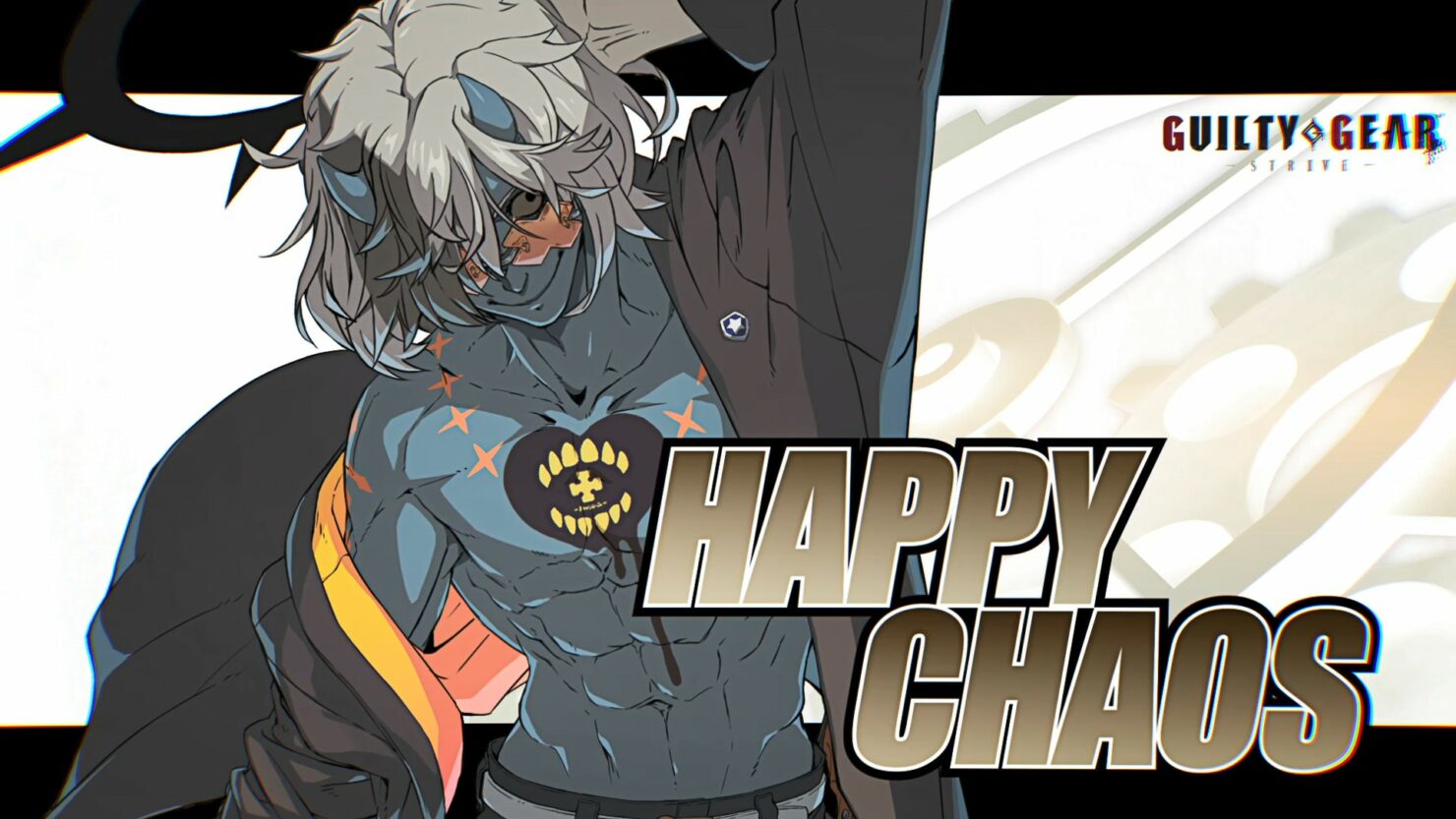 The third DLC character to arrive in Guilty Gear Strive is another Story Mode character. This past Saturday, at Red Bull Kumite Las Vegas, Happy Chaos was announced, and he comes with his own trailer, as well. You can watch that video below.

Happy Chaos comes to Guilty Gear Strive as a ranged rushdown character. His kit, if this preview is anything to go off of, predicates around his firearms. He can set targets on you and can trigger them at any point, allowing for juggle combos or harassing players trying to approach you.

Another point of note is a special move where Happy Chaos summons a clone in the position he was last standing at. His opponent can make contact with it and attack it to make it disappear, but that also lets Happy Chaos attack you for free you hitting an outstretched limb.

Happy Chaos also got a release date in his trailer, as he will be out on November 30th for Season Pass holders. If you don’t own the Season Pass, you’ll have to wait until December 3rd to be able to purchase him individually. Happy Chaos is also the last DLC character releasing for Guilty Gear Strive in 2021, as the final two characters are releasing sometime next year.

Guilty Gear Strive is currently available on PlayStation 4, PlayStation 5, and PC via Steam. In other fighting game news, Phantom Breaker Omnia showcased the English dub of the game with several gameplay trailers as well as a preview of the upcoming game's story.