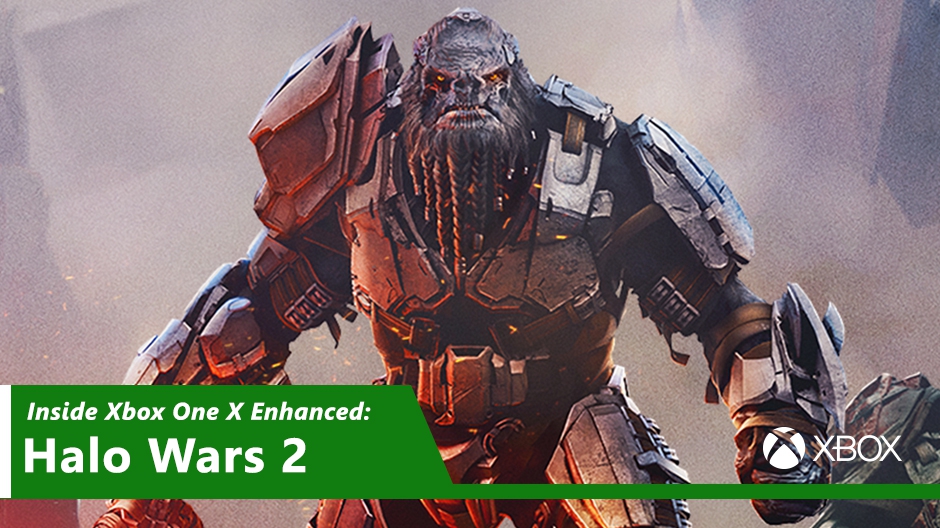 The Halo Wars 2 Xbox One patch has been deployed and its enhancements have been detailed.

As covered earlier, Halo Wars 2 on the Xbox One X is said to be basically on par with maxed out PC settings in 4K Ultra. “We only have really limited comparison points thus far – essentially based around the tutorial and the first mission – but there are areas where Xbox One X looks better than the maxed-out PC experience, though whether this down to work-in-progress lighting bugs or by deliberate design remains to be seen”, Digital Foundry wrote back in September of this year.

In an interview with Xbox Wire, 343i’s senior producer Greg Stone has now discussed the game’s enhancements on Microsoft’s upcoming powerhouse. The most important changes include 4K and HDR support on the One X, but the title will also run and look better on 1080p screens thanks to supersampled antialiasing.

“With 4K, you get so much more visual feedback that can actually help you improve as a player – you’ll be able to more easily discern an army composition at a glance with the increased visual fidelity, which is critical for coming up with counter strategies, recognizing key threats and more”, Stone told Xbox Wire.

“The team was eager to use the additional power of the Xbox One X to push Halo Wars 2’s graphics to 4K. Halo Wars 2 is a graphically intensive game – we simultaneously show hundreds of units and effects on screen in massive battles. Seeing these encounters unfold in full 4K with HDR effects firing from the legions of troops and units is really impressive and truly helps sell the scale of our battles and it’s something our Halo Wars 2 fans need to experience for themselves.”

Halo Wars 2 is available now for Xbox One and PC. The Xbox One X update weighs in at 47.51GB.