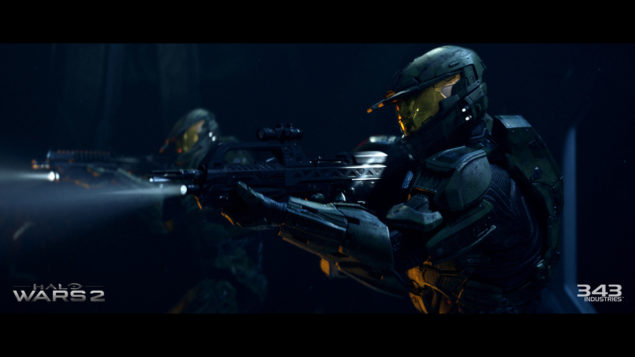 Halo Wars is perhaps the most underrated entry in the popular sci-fi, and yet it did so many unexpectedly great things. The sequel, cleverly called Halo Wars 2 as to avoid confusion, will be coming this year, but we're not entirely sure when. That could be changing very soon.

Progress is clearly being made, as the Halo Waypoint website now has its very own Halo Wars 2 section. There's a simple description, a logo picture and, well, not much else. Most details have yet to be revealed.

Halo Wars 2 is an exciting new strategy game packed with fast-paced action, massive battles, and an all-new Halo story, coming to Xbox One and Windows 10. Developed by Creative Assembly, a SEGA company and the creators of the popular Total War™series, in partnership with 343 Industries, Halo Wars 2 is the sequel to the game that redefined real-time strategy on consoles.

It would be wrong to say that Halo Wars revolutionised the RTS on console. It's not accurate because Age of Empires 2 was already pretty rad (although not quite as quick), and because it didn't actually change anything. Despite proving it could be done, nobody really seemed to want to follow it up with anything.

Halo Wars 2 will probably have a similar fate, but will be worth watching nonetheless when it's released on Xbox One and PC (or Windows 10 anyway) later this year.