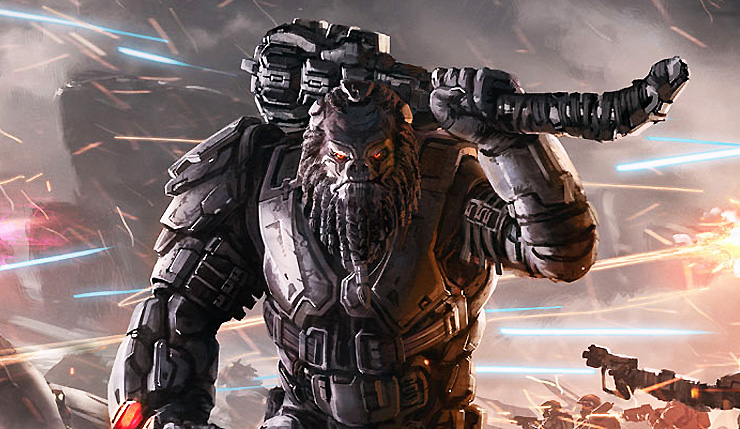 Halo Infinite releases this year, and yet, we know almost nothing about the game’s story. Master Chief will be back (of course), but other than that, we’re pretty much in the dark. For instance, who will we be fighting this time around? Well, the official Halo Twitter account may have let at least one of the game’s villains slip via a mysterious message – check it out below.

Here’s a transcript for those who can’t listen to the above video for whatever reason:

The hour approaches...forces occupy the Ring. Within hours, it will be under our control. Humanity will burn. Their brazen defiance will be all but a memory. No more prophets, no more lies! We stand together, brothers to the end. We are his will, we are his legacy, we are the Banished.

Hmmm! So, it definitely seems like the Banished are returning, and that means Halo Wars 2’s main villain Atriox probably isn’t far behind. The Banished are a group of ex-Covenant mercenaries and ne’er do wells who invaded The Ark in Halo Wars 2 and planned to create their own Halo worlds. Of course, they were defeated, but it seems they’re still scheming something. If Atriox is in Halo Infinite, I have a feeling he won’t be the main villain, but that said, it’s still interesting to see 343 Industries bringing in a character from a spinoff game like Halo Wars 2.

So, when might we learn more? Microsoft is planning a big first-party software showcase for July, and Halo Infinite is confirmed to be there…

In July, we will dedicate time to focus on the incredible games coming from Xbox Game Studios. A number of our studio teams are looking forward to sharing first looks at new gameplay, insights from development teams being optimized for Xbox Series X, and brand-new game announcements.  We cannot wait to share this initial look at what some of those teams are working on.

Halo Infinite is coming to PC, Xbox One, and Xbox Series X this year.