Halo Infinite Showcased in New Screens; Dev Explains What Kind of Game It Really Is 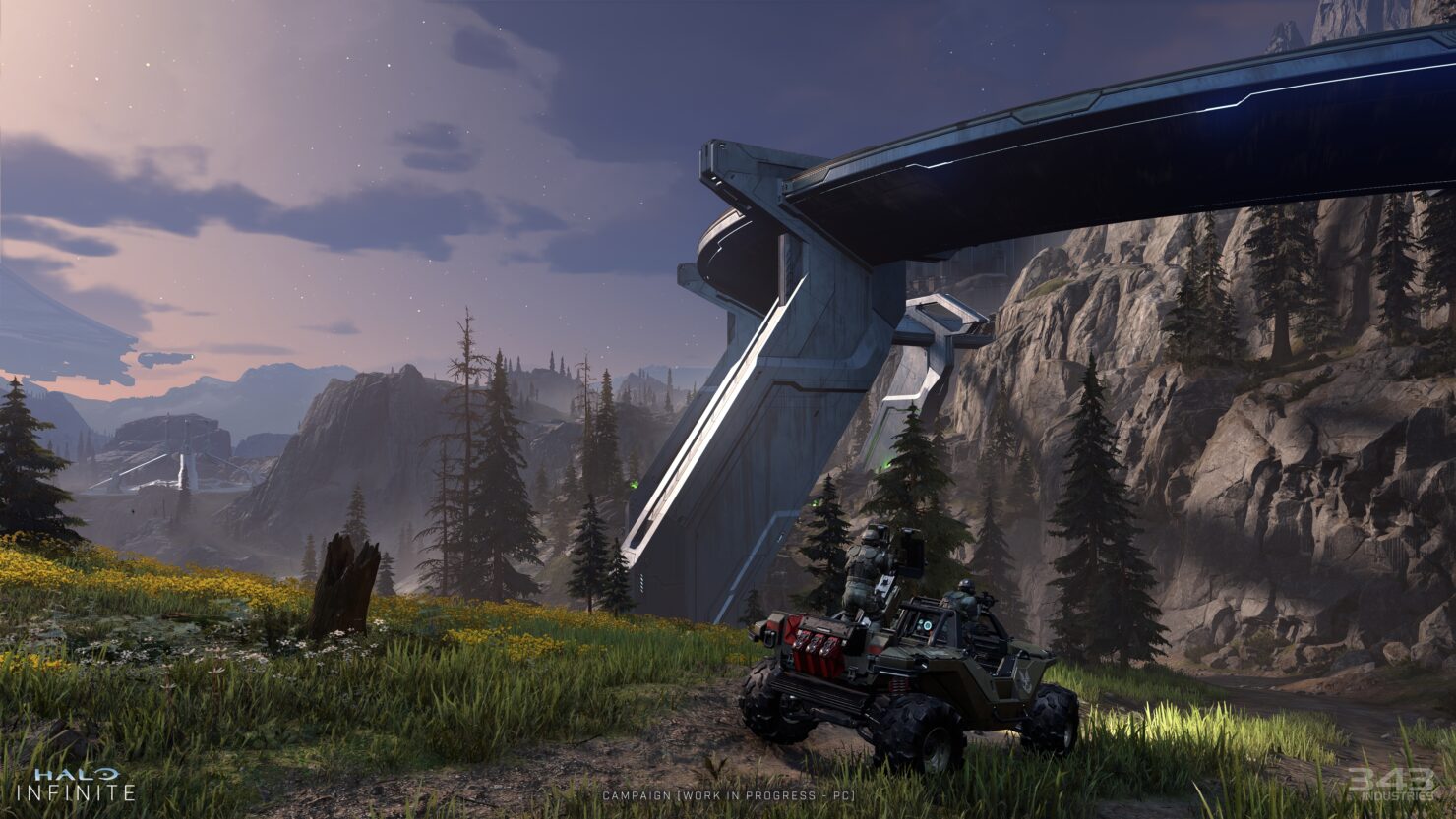 Halo Infinite just got its monthly update, with several developers from 343 Industries taking their time to explains how they're bringing the world of Zeta Halo to life.

While doing so, they've also shared a bunch of new screenshots captured from the PC version of the game. One of these demonstrates the different lighting that depends on the dynamic time of day implemented in Halo Infinite. 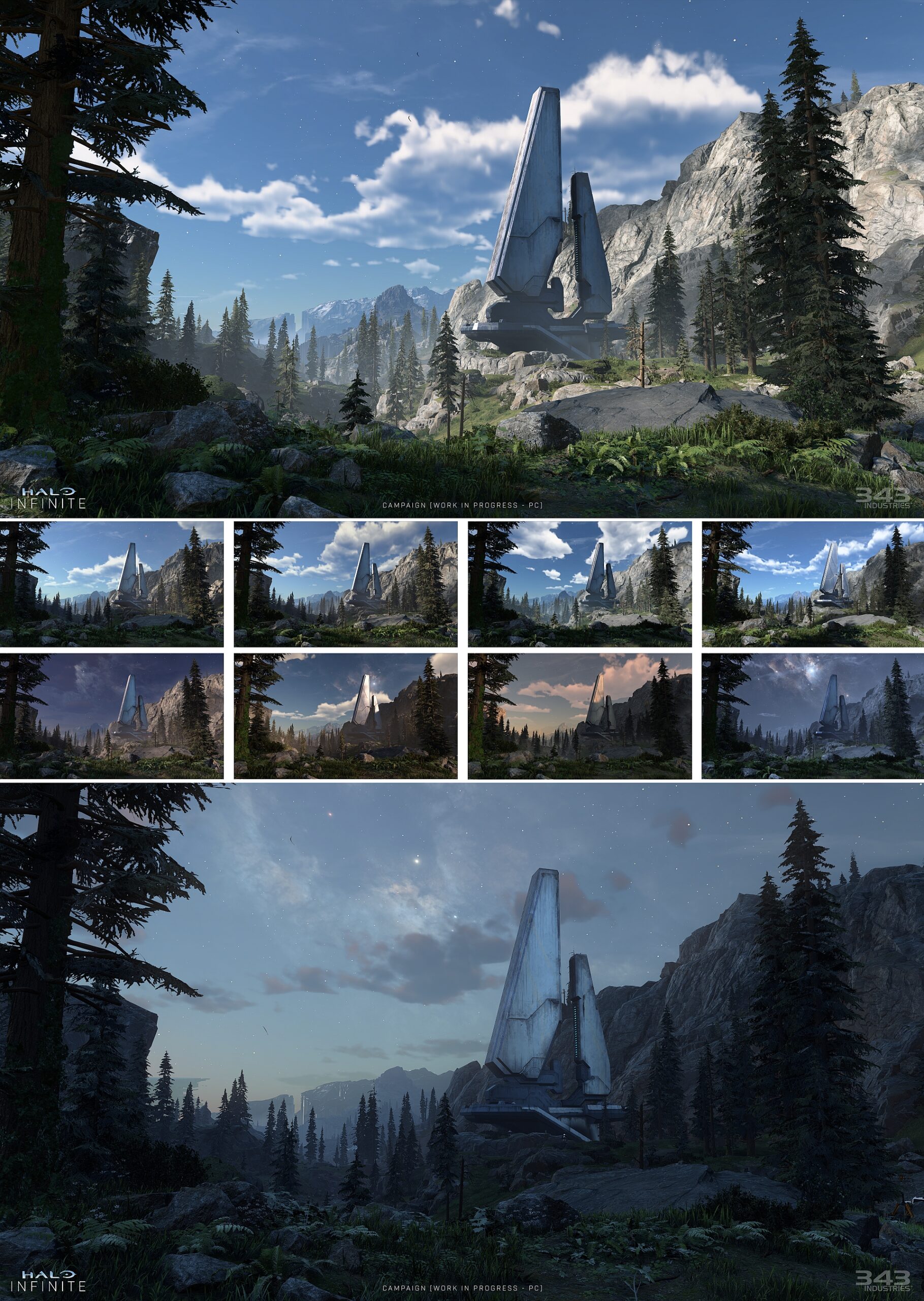 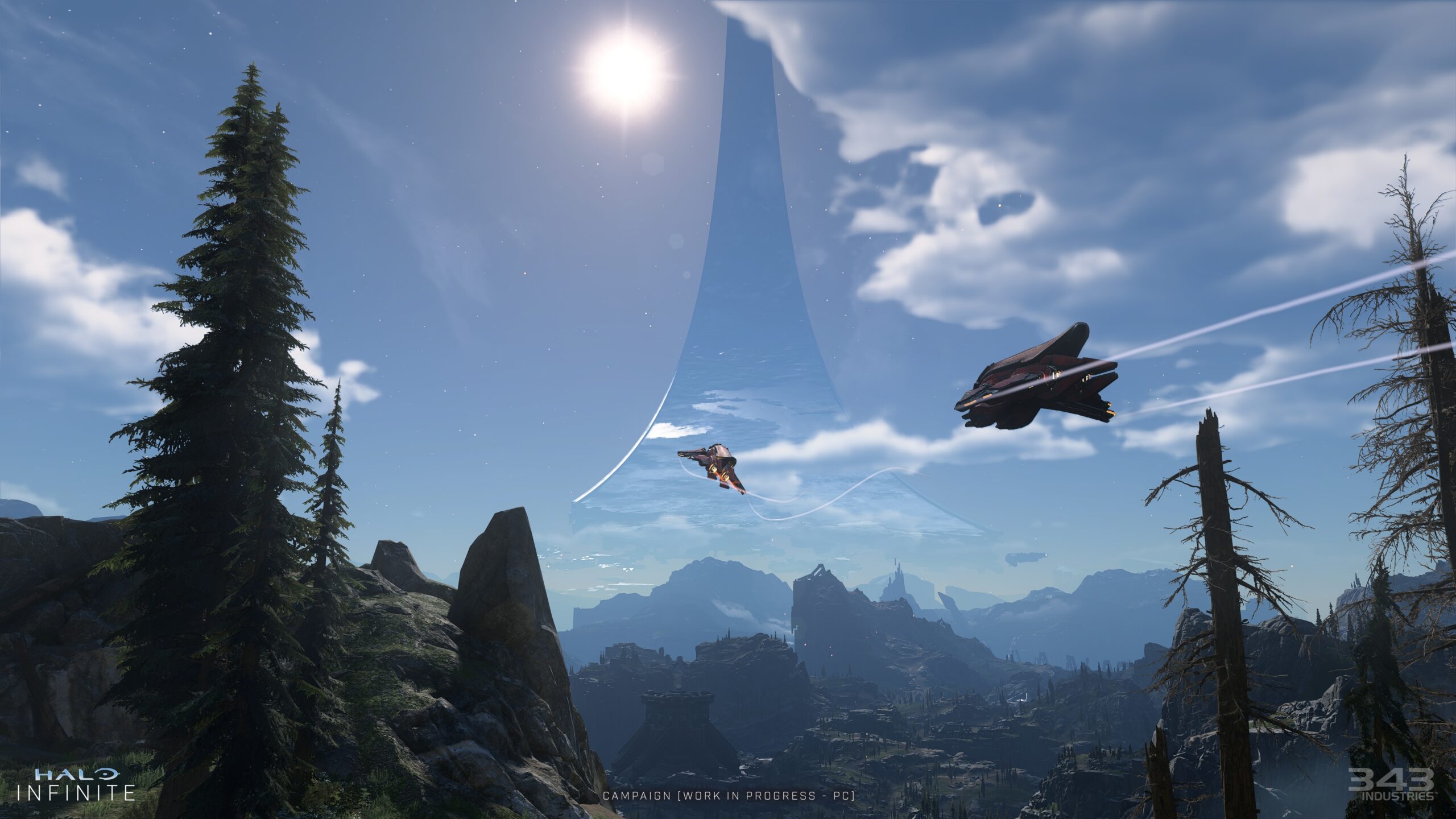 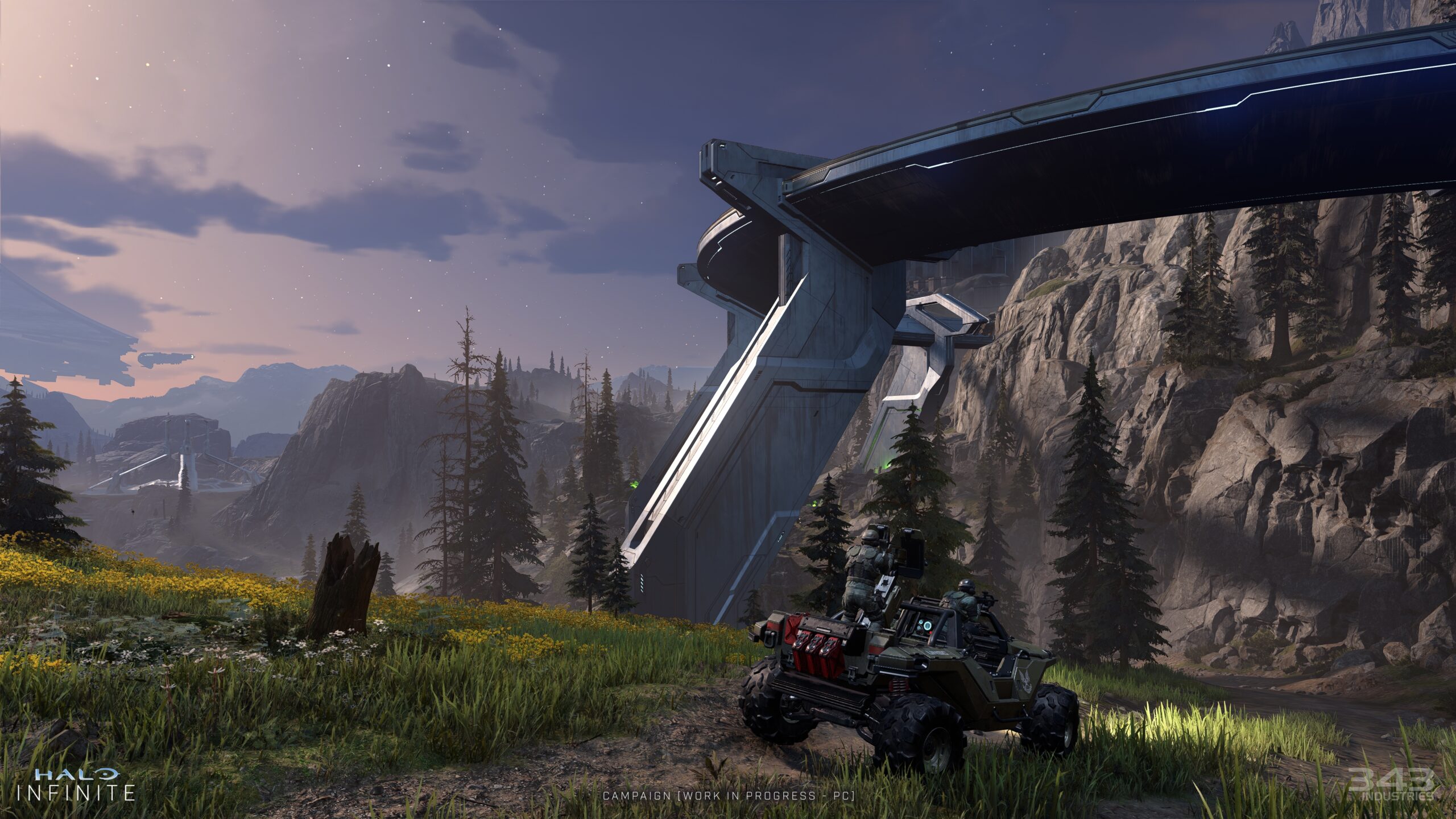 To conclude the development update, Head of Creative Joseph Staten (who was brought on board last Fall to help finish the game) tried to explain to fans exactly what kind of game they can expect from Halo Infinite.

Infinite’s world is incredibly large, and its vast combat zones connect seamlessly to each other. Its vistas are filled with adventures that entice you to stray from the golden path story missions. From a distance, it might appear that we’re building an open world game, but that’s not really the case. We’re making a Halo game; a sandbox shooter where our goal is to make you feel like the most powerful actor in a rich, emergent, sci-fi combat simulation.

For example, if you zoom into some of this month’s screenshots, you’ll catch glimpses of the wildlife that inhabits the ring. Halo Infinite’s campaign doesn’t have a crafting system, however, and you won’t spend time hunting and skinning animals to make better gear for Master Chief. Spartans wear Mjolnir assault armor. They don’t need leather boots.

What you will spend time doing is plummeting from a rocky overlook into the heart of an enemy patrol, eliminating their leader with a well-stuck Plasma grenade, using your Grappleshot to pull his power weapon off the ground and into your hands, and then empty its magazine into the rest of the patrol, scattering the nearby wildlife back into their burrows.

Which is to say, we’ve designed Halo Infinite so that you’re freer than you’ve ever been to do what Spartan super-soldiers do best: survey a battlespace, plan your attack, engage the enemy, deal with whatever surprises the sandbox throws your way, and then rearm for the next battle.

What’s different this time is that you have more freedom than ever before to choose your path through the world. Follow a hidden cave system into a well-guarded fortress, wind your Warthog through a fog-filled mountain pass, capture a Banshee and fly to a floating ring fragment across a gap of stars. A strong narrative remains at the heart of the Master Chief’s adventure, and your journey between story missions is entirely up to you.

So then, what kind of game is Halo Infinite? It’s the most open and adventure-filled Halo game ever.

The game is set to launch this Fall on PC, Xbox One, and Xbox Series S|X.