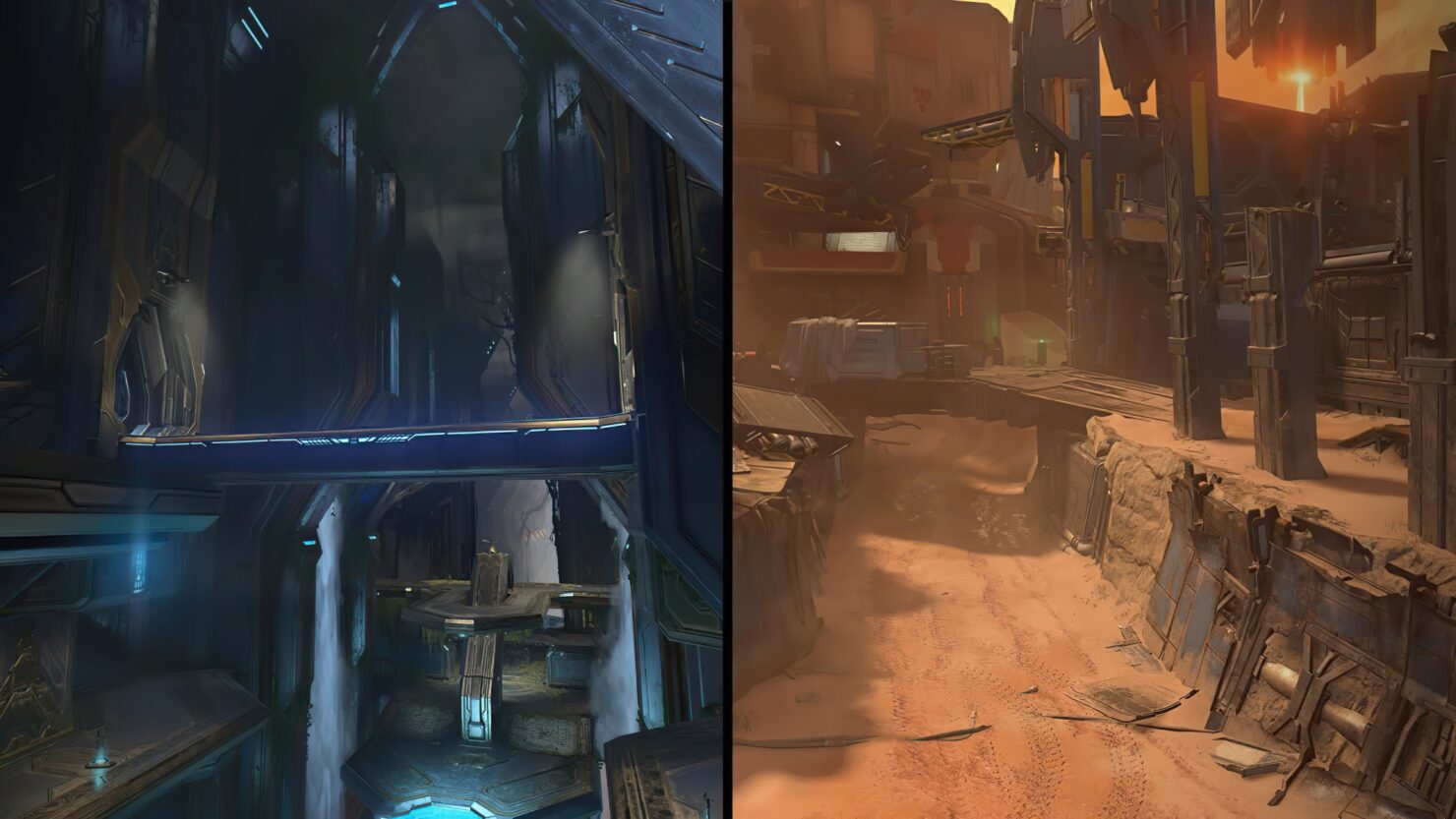 As the Season 2 of the Halo Infinite multiplayer mode draws closer, developer 343 Industries highlighted the two upcoming maps in a dedicated blog post.

Multiplayer Level Designer Tyler Ensrude talked at length about the influences and peculiar features of Catalyst and Breaker.

Catalyst is a symmetrical arena map nested high up inside of an expansive, tunnel-like Forerunner structure. You’ll find waterfalls pouring down around suspended catwalks, overgrown cathedral walls, and a light bridge connecting the sides of the map together.

Even though the map is something completely new, there’s a ton of DNA from several legacy Forerunner locations in there. Most of that DNA is subtle, but there is quite a lot.

Some folks have definitely noted Haven vibes from Halo 4 in the first screenshot we shared back in March, but I think the biggest influence for Catalyst though was Epitaph from Halo 3. I really wanted to evoke that architectural style because it left a huge impression on me after all these years.

Catalyst was meant to expand our CTF (Capture The Flag) suite in Halo Infinite, but it proved to be a solid contender for several modes and was actually the first map that our new Land Grab mode was implemented on, which quickly became a favorite amongst the team.

Breaker is a pseudo symmetric BTB map set in a Banished scrapyard where each team’s base is a huge chunk of ship debris, divided by the plasma cutting beam structure in the middle. And yes, that beam is absolutely a dynamic element of the map that presents both opportunities and challenges in gameplay.

We designed this new Halo Infinite map to embrace base versus base combat where territorial ownership is key to success. We love mixing environmental hazards with the Halo sandbox and Breaker offers an exciting variety of ways to melt your enemies. We’re also big fans of sniper battles, and Breaker’s sightlines and center lane offer risk and reward over key objectives.

The central feature of this map is the middle, which divides the spaces with ramps over a death pit which has given way to some pretty memorable vehicle runs.

We love dynamic map elements, which is something many players will no doubt remember from the remade maps in Halo 2: Anniversary’s multiplayer. For Breaker, we’ve got a giant laser that cuts through anything in its path as it moves across the map.

Halo Infinite's Lone Wolves Season is set to begin on May 3rd. It will also add the free-for-all elimination mode dubbed Last Spartan Standing and the King of the Hill-like mode Land Grab.