Halo 5: Guardians & Rise of the Tomb Raider Are Now Gold

Xbox fans will be happy to know that both Halo 5: Guardians and Rise of the Tomb Raider have now officially reached the gold status. 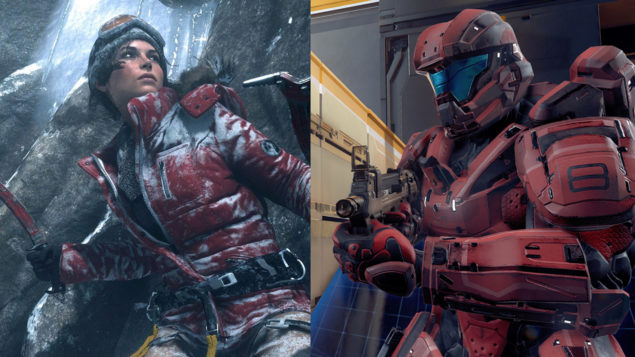 For those unfamiliar with the expression, it means that the game's final master copy has been completed by the developers and consequently sent off to the publisher to be copied, packaged and shipped.

This happens usually within 2-4 weeks of the actual release. The reference to gold is a nod to the old practice of manufacturing recordable CDs with gold film; it doesn't have anything to do with the numbers of units sold, such as in the recording industry.

Usually, developers and/or publishers provide a statement in this case. 343 Industries published a blog post with an interesting infographic that reminds gamers of the most important facts of Halo 5: Guardians.

Crystal Dynamics also pushed the good news in a similar way on their Tumblr blog, including a statement provided by Darrell Gallacher, Head of Product Development and Western Studios at square Enix.

We are pleased to confirm that gamers will be able to get their hands on Rise of the Tomb Raider very soon, when the game launches on November 10th. The entire team challenged themselves to improve on the last game that millions of fans enjoyed so much, and we believe we have created a worthy sequel to Tomb Raider 2013. With the game development now complete, we are excited to share this incredible next chapter in Lara’s journey as she continues her growth into the ultimate action adventure icon, and accepts her destiny to become the Tomb Raider.

Halo 5: Guardians releases exclusively for Xbox One on October 27 worldwide. Rise of the Tomb Raider will be available for Xbox 360 and Xbox One on November 10 in North America and November 13 in Europe; the game will also launch on Windows PC in early 2016 and on PlayStation 4 in Holiday 2016.