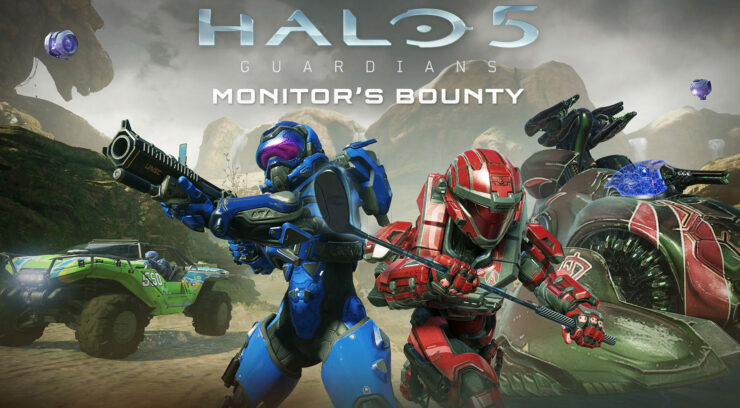 [Update] 343i has provided additional details on the big Halo 5 content update for both Windows 10 PC and Xbox One. The update is called "Monitor's Bounty" and will introduce new weapons, gear, REQ packs, the Observer mode, Forge Mini Games and the Forge Custom Games Browser. The update will be rolled out tomorrow.

[Original story] A big Halo 5 update will span both Xbox One and Win10 PC, and will add a custom games browser that basically turns the PC version into a free Halo 5 Arena/Forge multiplayer game.

Last week, 343i provided some details on the upcoming big content update for Halo 5: Guardians and Halo 5 Forge. No exact release date for the update was provided although the studio stated that it should arrive in a matter “of days”.

On the Halo subreddit, 343’s community manager “ske7ch” talked about the update’s release frame and PC-specific fixes and improvements.

According to the community lead, the development team will be doing a full reveal for the update Tuesday or Wednesday (today or tomorrow), and the actual release should follow shortly after. Judging from his wording, it might actually release this Thursday as 343 doesn’t release updates this big on Fridays.

“So next Tues/Wed we will be doing a full reveal for the update. Unlike prior cadence this isn't "weeks" before the update itself actually lands. The whole schedule is super compressed. There won't be a live stream this time around because reasons - though we are making a few smaller videos (I'm excited to be filming a little segment with Tom French today since screens/words alone won't do his team's work justice). So the actual game update won't be happening next Mon, Tues or Wednesday but safe to say it's fair game any point thereafter and we don't really look to do updates of this magnitude on a Friday.”

In the official Halo Waypoint blog post from last week, the community lead wrote about a “massive expansion to Forge” featured in the upcoming update. This massive update includes a “join in progress custom games browser”, which is a huge addition to Halo 5 Forge PC which basically turns it into a “free Halo 5 Arena/Forge MP”.

“The upcoming update to Halo 5 will indeed span both Xbox One and Win 10. I'm told there are a number of PC-specific fixes and improvements around some of the more common crash instances and some tweaks to hopefully improve mouse responsiveness”, Ske7ch posted. “The ‘join in progress custom games browser' is a huge addition and should hopefully turn the Win 10 product into essentially completely free Halo 5 Arena/Forge MP (minus 'matchmaking'). Personally I'm super excited about the Forge updates in conjunction with the game browser and hoping it really helps the PC community flourish.”

We’ll keep you updated as soon as this massive Halo 5 content update for both Xbox and Windows 10 lands.

343i: Halo Infinite To Feel Like A New Adventure, Good Starting Point for Newcomers; Coming To Xbox One & PC

343i Teases New and Surprising Adventures for Halo in 2018, But Not of the Kind You Were Hoping