Microsoft and 343 Industries are apparently quite sneaky when it comes to releasing new footage of Halo 5: Guardians. In a new "The Best Games of 2015 live on Xbox On" video posted by the Xbox crew over at Microsoft you can see a small glimpse of said Halo 5: Guardians. 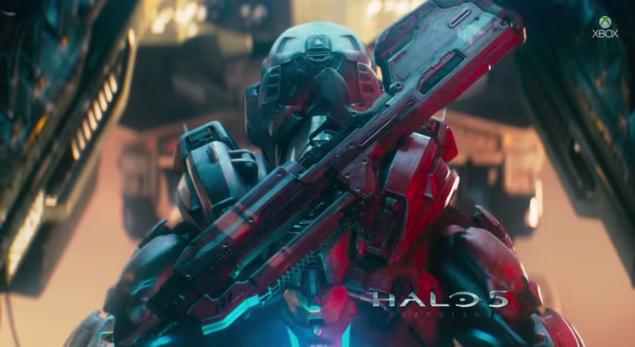 New Halo 5: Guardians footage has been spotted in "The Best Games of 2015" video on the official Xbox YouTube page.

You can see the footage at the beginning of the video, and at the end. In it, it appears as if it's Agent Locke who's exiting a Pelican craft into a desert looking area. While the background itself has been seen before a previous Halo reveal video, the specifics of the scene are indeed new. The Master Chief is on his way folks. Now we just have to go find him.

The footage itself doesn't reveal anything new about the plot, but it's always fun to see new visuals of the upcoming Halo. It's interesting, however, that they would put some sneak peak footage in their best of video. Especially so because it's not even out yet and clearly can't even be analyzed as to whether it'll actually be good. Promises aren't always met completely.

Will it be amazing though? Probably, it's freaking Halo for crying out loud. But that doesn't mean it'll be perfect, as we know from any franchise and any hyped game. But the multiplayer open beta that 343 offered certainly gave us a glimpse into the game itself and helped us understand where they are headed. It of course seems like a good direction to take the Halo franchise. But will Halo 5: Guardians stand up to the hype surrounding it? Will it be another Destiny?

Halo 5: Guardians is scheduled for release sometime in the fall of 2015, though no hard release date has been set so far.