Half-Life: Alyx as Long as Half-Life 2, “Couldn’t Possibly” Work with Mouse and Keyboard 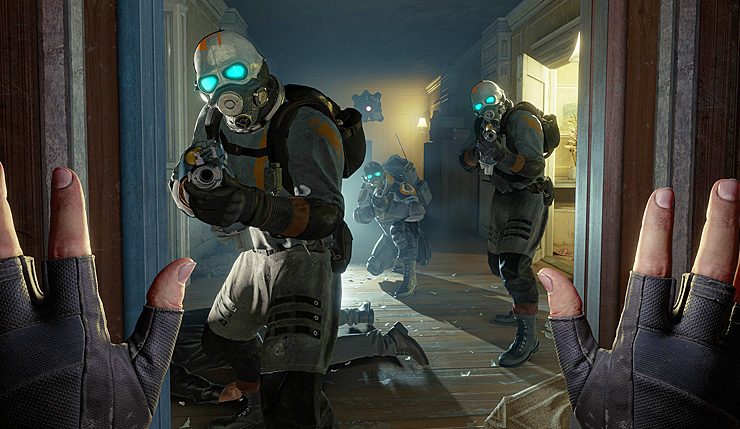 Earlier today Valve revealed Half-Life: Alyx, their long-awaited VR-exclusive revival of the beloved series. The trailer looked fairly impressive, but what kind of scope can we expect from the game? Is this basically another full Half-Life or more of a glorified tech demo? Well, according to The Game Awards head honcho Geoff Keighley, we can expect a full 15-hour adventure from Half-Life: Alyx.

I’ve played through HL: Alyx (it took me over 15 hours) and seen it in multiple stages of development. This is a full-blown Half-Life experience, with a rich, vibrant world, immersive combat, great storytelling, and innovative game design. pic.twitter.com/FLKtXusyQc

Of course, mileage will vary, so maybe not everyone will take 15 hours to finish the game, but it certainly sounds like Half-Life: Alyx will be roughly the same size, and possible even a bit bigger, than the first two entries in the series, both of which were about 12 hours long. Speaking of Keighley, he also released a video interview with some of HL: Alyx’s developers, which you can check out below.

Lots of interesting tidbits included in that video, including the fact that Campo Santo (Firewatch) helped with the development of Half-Life: Alyx, but the juiciest bit was when Keighley asked about the possibility of a more traditional mouse-and-keyboard version of Half-Life: Alyx. Here’s what Valve’s Dario Casali had to say about that…

We would love to be delivering a version of [Half-Life: Alyx] that you could play with a mouse and a keyboard, but as we said, it began as an exploration of VR. The more we used the controllers and the headset, the amount of possibilities these things give us, the more we realized that there’s so much opportunity that we can’t really translate back to the keyboard.

Of course, anything is possible. Valve could do a regular PC or console version of Half-Life: Alyx if they really wanted to, but it sounds like they’re not particularly interested at the moment.

Half-Life: Alyx comes to most major PC VR headsets (HTC Vive, Oculus Rift, Valve Index) in March of 2020. The game is free-to-play with a Valve Index.