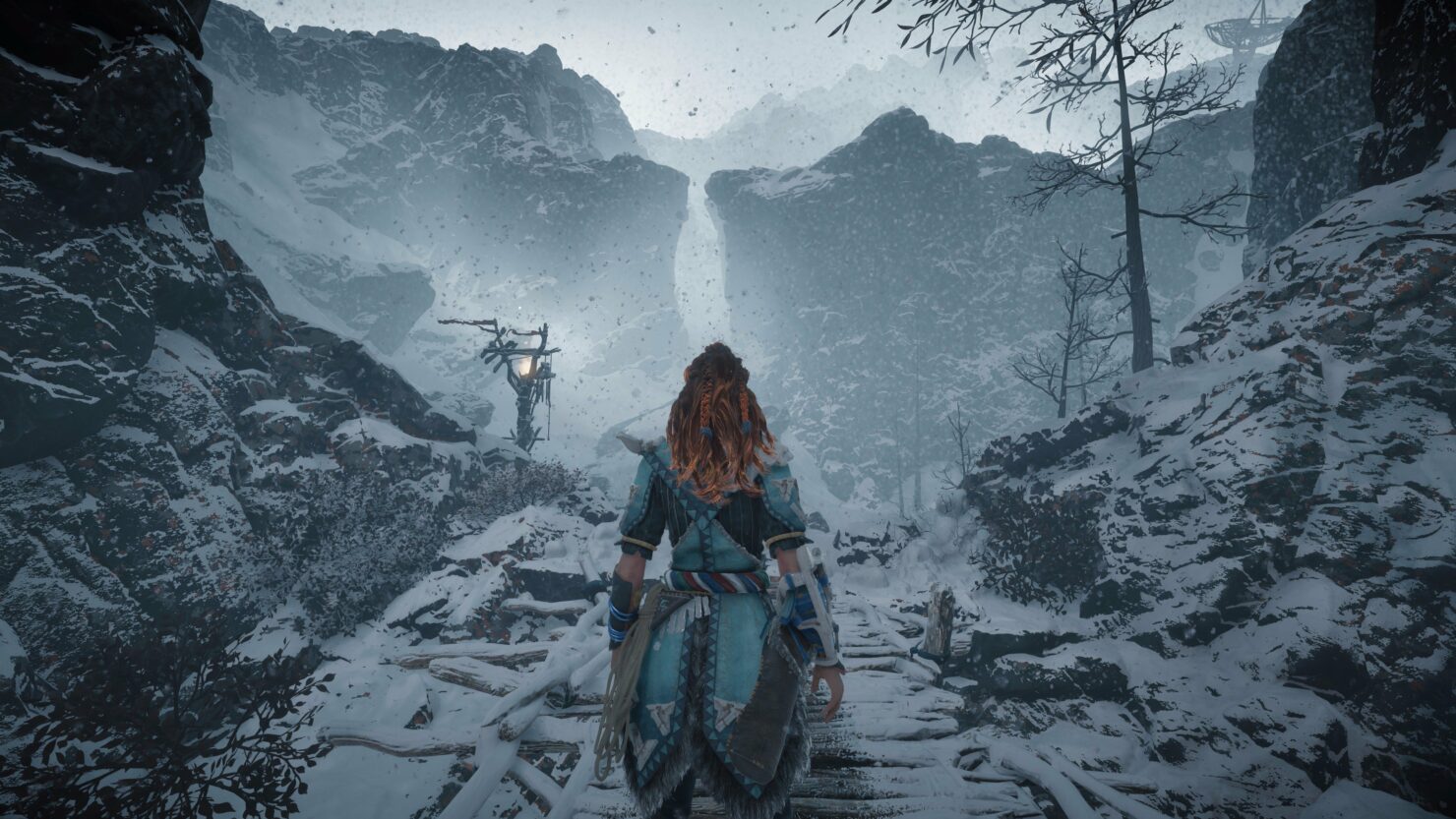 The Frozen Wilds will be the only expansion for Horizon: Zero Dawn, as recently confirmed by Guerrilla Games. Still, it's going to be rather meaty from the looks of it.

The developers were interviewed by OPM UK (issue #142, December 2017), with Lead Writer Ben McCaw giving some context to the new zone Aloy will explore in The Frozen Wilds.

With writing The Frozen Wilds we wanted to do all the things that the main game did. So we wanted to provide a new area, a new culture, but we also wanted to give Aloy relationships to delve into and ultimately a storyline that does what a lot of other quests in the game do.

We've known for a while that this expansion won't require players to have completed the game. In the interview, Lead Quest Designer David Ford gave a more precise indication:

We consider it to be more of a mid-to-end game in terms of the difficulty set.

Ford also hinted at the various gameplay additions and enhancements players will find.

We focused on some quality of life improvements in the new skills and also added a little bit of a pizzazz. There are some cool new skills that add some new combat dimensions and some new ways to interact with machines.

We have both upgraded versions of weapons you've seen in the past and we've some brand new weapons which explore some different ways of fighting. We've been experimenting with some tweaks on the game's systems and we think they're a lot of fun to play with.