The Last Guardian is Sony's Million dollar baby, a game that absolutely stole the show and captured the audience when it was first announced at E3 2009, the game has since then flown well under the radar and aside from hush and the occasional whispers coming up surrounding development trouble, there was some speculation that the title might be pushed to the PlayStation 4, the latest listing by a Portugal Retailer who also foretold the release date of Gran Turismo 5 has just put the game up for pre-order, could this truly be the greatest year for Sony?

The Last Guardian, a game that was thought to be lost with the passage of time is available for pre-order at a Portugal store that also let out the release date of Gran Turismo 5.

The Last Guardian is one of those games that was thought to be lost to the world, it goes up to the ranks of Agent and other titles that just seemed to disappear after being announced. While the game has been listed on Amazon several years now, a newer Pre-order points to a 2013 release date for the game.

According to Metalmurphy on NeoGaf forums who is a customer of the store and was also the one to break news of Gran Turismo 5's release date through the same Portugal based retail outlet (and its worth mentioning that the date put by the retailer (FNAC) turned out to be the actual release date for GT 5 too as well as revealing Rayman Legends for the PlayStation Vita early, Revealed Jak and Daxter HD Collection and also were the first to drop the news of The Last of Us delay, so their credibility is unquestionable at this point!) had come across this curious pre-order for The Last Guardian for the PlayStation 3 and its aimed to release later this year!

Metalmurphy went on to say:

Just took these at the biggest retailer in Portugal, they don't put these up on rumours. Same place I got the GT5 release date from and turned out to be correct.

Says it's coming out this year for PS3.

and here are the pictures he took (Courtesy of the Source)

A close up shot of the placeholder. 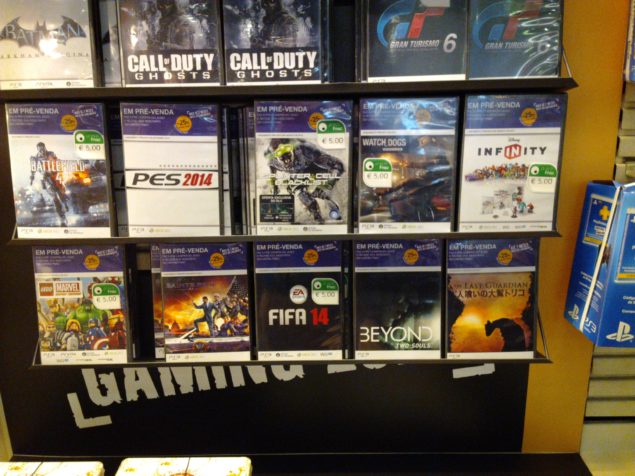 Take a look at the bottom right.

To say that this is definitely the hottest game that PlayStation enthusiasts have been waiting for is a massive understatement! And this year is definitely proving to be a very fruitful year for Sony, With the release of God of War: Ascension, The Last of Us, Beyond: Two Souls and if this game were to join the ranks then this will truly be one of the greatest years in the history of Sony.

Normally I would label this as a rumor but the credibility, the timing and the source could give a glimmer of hope! Sony even debunked the listing of the game on E3 Insider as "pure speculation" but perhaps that is them being coy.

How many of you are out there waiting for this magnificent game to come?