Now that some of this season’s most anticipated games are out, and a large number of eagerly awaiting audience is fairly disappointed due to the performance issues and rough optimization that they boast, all eyes have turned towards Rockstar’s all-time famous GTA V, an open world action-adventure game that was originally released on the last-gen consoles and has now been completely upgraded for PC and the latest consoles using next-gen technologies. Knowing that the game is already out in the wild, here are a ton of leaked screenshots giving a first look at how Rockstar’s gem really looks like on the Xbox One console. 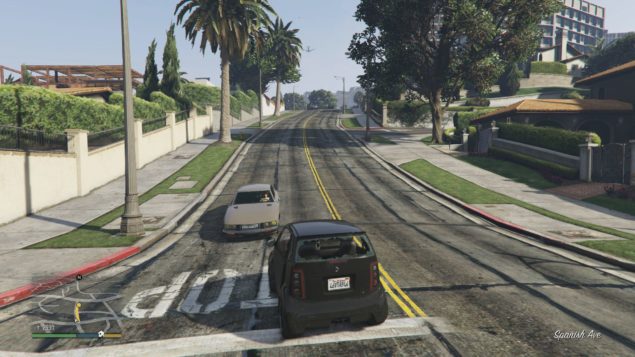 The next-gen remastered version of Rockstar’s best-selling video game is only a few days away from hitting the streets for the latest video game consoles, and after bailing out on Assassin’s Creed Unity, a huge crowd of gamers is eagerly waiting to welcome it. Unlike other remastered titles, the upcoming GTA V doesn’t only feature completely revamped graphics and textures, but it also packs a lot of new in-game content and gameplay upgrades, such as a brand new first-person shooter mode that allows players to roam about in Los Santos and experience the in-game world more closely.

Following what has now become somewhat of a trend, it appears that some retailers have broken the street date and the next-gen GTA V is already out in the wild, and users are posting the in-game media content online from both the PlayStation 4 and Xbox One versions of the game. We have already seen many gameplay videos and screenshots of the upcoming gem running on Sony’s latest console, and today, we can finally see how Microsoft's latest video game console handles the game.

Recently, a Reddit user acquired his copy of the next-gen GTA V for the Xbox One console, and posted more than 150 screenshots online, showing how it looks like while running on Microsoft’s latest home console compared to the official PlayStation 4 screenshots that were revealed by Rockstar. Looking at the leaked screenshots, it appears that the developer has done a great job and GTA V looks as good on the Xbox One as on the PlayStation 4. Of course this is not a side-by-side comparison and you can't clearly spot the differences between the two versions of the game, so until we come up with an actual screenshot comparison of the game running on both the consoles, you can feast your eyes with these leaked Xbox One screenshots given below.