Only three days are left in the launch of Rockstar's GTA V yet the game is already available through torrents for both the Xbox 360 and PlayStation 3. The GTA V torrents were uploaded yesterday but since their release have been downloaded by legions of impatient fans who are just contributing to piracy. 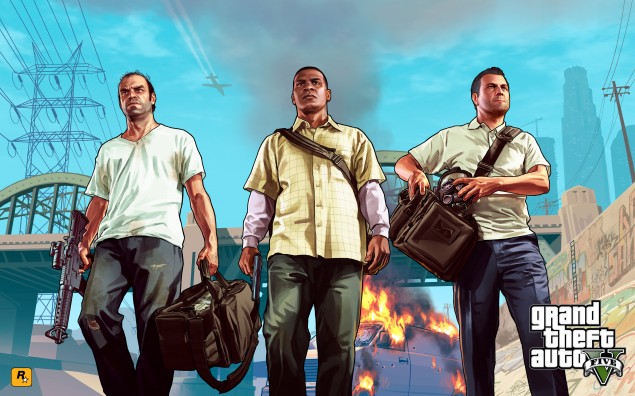 GTA V for Xbox 360 has been the most pirated version followed by PlayStation 3, the numbers from just a single torrent sites shows the whole scenario. Rockstar is already taking action of taking down gameplay videos along with pictures related to GTA V while Microsoft seems to be actively banning people off Xbox Live who are playing GTA V prior to its release.

For some time now, Rockstar has blamed PC gamers as a cause of widespread piracy on the gaming platform which is one of the reasons why GTA V might not be coming soon to the PC audience. Yet the leaked torrent of GTA V for PS3 and Xbox 360 goes off to show that the piracy is an issue that also exists on the console market. Nevertheless, we can hope for a release of the PC version of Rockstar's GTA V soon after the launch of console versions, possibly close to the rumored next generation version launch.

We already detailed a set of top 10 features which we are looking forward to the most with GTA V but it turns out to be that the game has alot more to offer. From crashing jets to driving super cars and a tons of missions that are said to last over 100′s of hours of the true american dream:

“LA is this embodiment of 20th century American desires: the houses, the gardens, the tans, all slightly fake,” Houser says. “It’s the end of the western world – the suns sets and then it’s tomorrow. But the industry is movies or, equally phoney, real estate. It’s people trying to escape their pasts and reinvent themselves. If GTA 4 was a classic New York story, this is the endpoint of the American dream.”

The game has a large list of soundtracks with a total of 15 radio stations varying in different genres as detailed by Rolling stone. The map of the game is gigantic, Rockstar crafted a Los Santos that even makes Skyrim look small and you can see a comparison posted below between the map of GTA V and GTA IV. The map has several key points and locations which you can free roam to if you don’t want to do the main quests. There’s tons of places to explorer and each country side area is filled with animals so the open world doesn’t feels too barren to players:

“Because of the scale of the map and the different kinds of areas involved, a countryside without animals would feel quite hollow,”“At the same time, animals aren’t just a backdrop – you can expect to see dogs guarding areas and causing the player trouble when they try to sneak past them.”

GTA V is a blockbuster title that goes live on 17th September on the PS3 and Xbox 360 consoles. Several leaked gameplay videos can be viewed here.