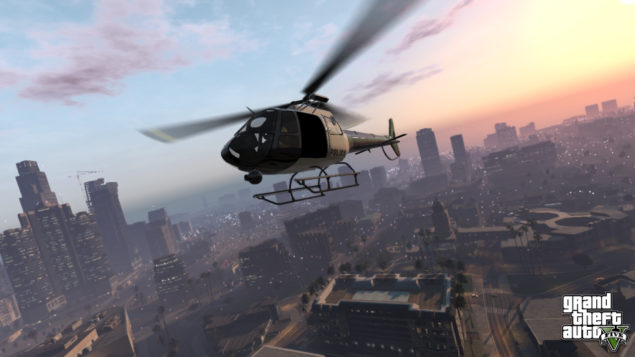 A Police Heli soars along the beautiful skyline of Los Santos...

The first screenshot shows a police chopper flying over Los Santos. This screenshot gives us fair idea about the size of Los Santos we can expect in the game. We can guess that the pilot is the protagonist, whose identity is still unknown and no details have been given out by Rockstar. 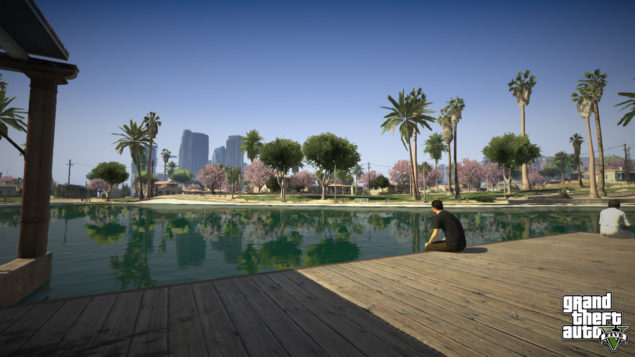 The second screenshot shows a beautiful lake with near to perfect reflections along the shore. According to an analysis of the screenshots on nowgamer, this could be an alternate version to Los Angles' Echo Lake in the GTA universe.

On the blog Rockstar said that they are busy working on the game, which is going smoothly.

Furthermore, a fan inquired about Rockstar not giving out any news about the game. Rockstar responded by saying,

As we have said before, we have often had long gaps between asset releases on previous games and will continue to do so in the future. We are sorry if you find this frustrating, but please understand, we don’t do this because we ‘don’t care about our fans' 'don’t respect our fans’ 'hate GTA fans etc' – precisely the opposite! We do it because we want to make sure we only release 100% correct information, and because we want to keep plenty back for the actual game release so there are still lots of surprises when you play it. The only things we care about are that you enjoy the experience of actually playing the game and that we release accurate information. We just have not been in a position to show more of the game than the trailer and will not be for a while yet. We did, however, manage to sneak a quick screenshot out for you… it’s not much, but we thought it was pretty fun.

Last update we received related to Rockstar's GTA V was last year, in November, which was its debut trailer. Rockstar Games are known for keeping quite about the details about their upcoming game's plot and updates related to its development. Ever since its debut trailer, fans have been dying to get any sort of news or a sneak peak related to GTA V.