GTA Online, the online multiplayer version of Rockstar's record-breaking video game known as GTA V, is doing a remarkably great job. To keep it like that, the developer frequently updates and adds new stuff to the highly immersive in-game world. The next most awaited content for GTA Online is Heist DLC, which is supposed to introduce new jobs into the game. The DLC was expected to release somewhere around this point before Rockstar announced its delay. 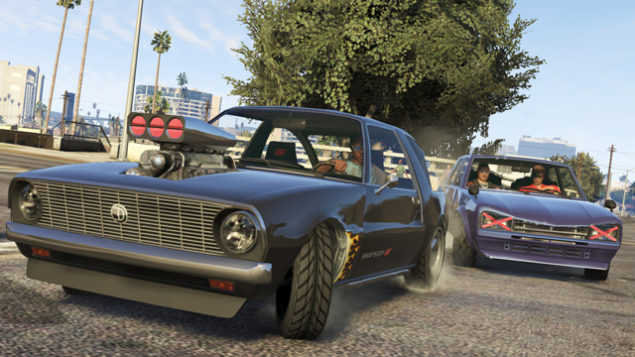 Rockstar formerly delayed the Heists for GTA Online and apologized the players for the delay, but it looks like one fan couldn't hold himself until the official release. Thanks to Domislive, who further credits Lazy Gamer and Demetri while discussing the content details of this allegedly leaked GTA Online file in his YouTube video, we have a list of jobs that will come packed with the Heist DLC, you can check out the details below.

Doomislive previously leaked details of GTA Online’s Not A Hipster update and is known for leaking several game details, yet still despite his decent track record. This all should be considered a rumor until the developer itself officially announces anything about the upcoming Heist missions. Below is the video in which Doom explains the leaked jobs.