Recently Rockstar Games published some tips on how to make an "easy" 10M$ with the long overdue GTA V Online Heists update, and yesterday a few users reported that they could already download the Heists patch, and it clocked in at 4.8GB on the Xbox One, and 1.2 GB on the Xbox 360, no word on the PlayStation 4 or PlayStation 3 size of the patch as of yet. 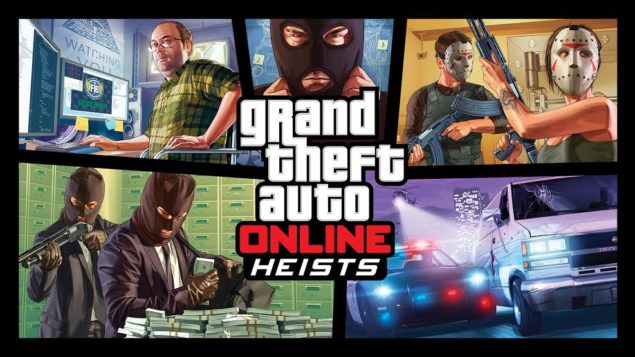 Content, for the time being, will be unavailable as content is locked down via certain "ties" Stay tuned for a possible breakthrough.

@ImScampi Nah m8, it's the method I did that allowed for me to download it. Like prreviously said, the content's locked for now.

@connor4131@SlimeGamingHDD@Reticled@Fantasy_JC Newgen has a "lock" on it. Oldgen *should* be able to play it no problem.

So there's no real need to jump up and down with joy yet if you are waiting on the update, since even if you could get your hands on it, it is doubtful that you could actually play the content currently. Furthermore it would appear that the people who managed to get the patch early may or may not have used some rather "grey-area means" to acquire it. Below you can find the new Teaser Trailer.

GTA V Online Heists launch March 10th, and while the game's PC version is delayed until April 14th for both digital and retail.  Rockstar is still offering in-game bonuses to any PC players who pre-order Grand Theft Auto V, in an effort to accommodate the delay.