Rockstar has released a new update for GTA V that is said to fix the graphical issues caused by the previous 1,08 update. 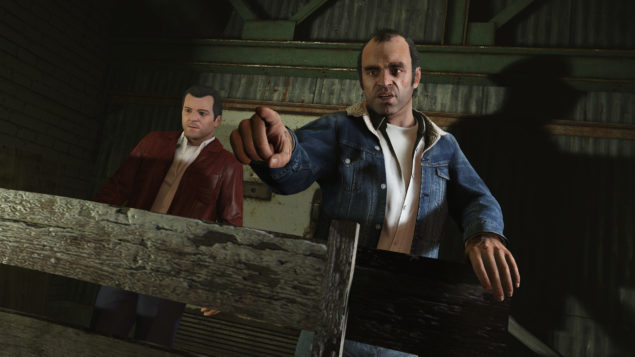 The new 1,10 update has added the parallax occlusion mapping that was removed with previous 1.08 update.

In addition to this, Anisotropic Filtering (AF) was apparently toned down. Car damage was also reduced in the 1.08 update, and people also complained about additional pop-in when driving or flying around the city.

Even though most of the issues were fixed with the 1.09 update, the parallax occlusion mapping was still missing. The difference between the 1.09 and the 1.10 updates can be viewed below (images courtesy of GearNuke)

All Graphical issues in GTA V have been fixed with the 1.10 update

[RESOLVED] Issues with Graphical Quality in GTAV for Xbox One and PS4 after Title Update 1.08

Question: After updating to Title Update 1.08 on PS4 and Xbox One, there appears to be a deterioration of graphical quality. Is Rockstar investigating this issue?

Answer: We are aware of some graphical issues on the Xbox One and PS4 versions of GTAV after the most recent Title Update, and we are investigating a fix now. If you would like to receive an automatic email notification as soon as there is more information, please log into the Support Site and click Subscribe at the top of this page.

Updated 4/2/15: Graphical quality has been fully restored as of Title Update 1.10 and this issue is now resolved.

It seems that all graphical issues have been fixed, including the parallax occlusion mapping. We will bring any new information on GTA V as soon as it becomes available. Be sure to check out our previous coverage for more information.