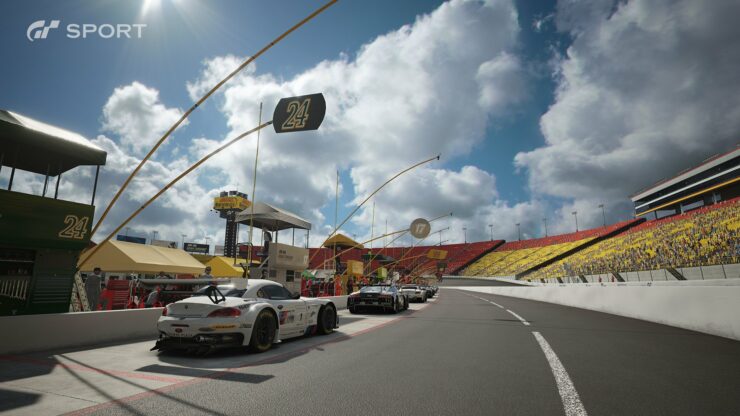 Sony Computer Entertainment is finally talking more about GT Sport. The game's release date has just been announced and it's set for November 15 in the USA and November 18 in the UK.

SCE also confirmed that the game will offer PlayStation VR support at launch, which is not surprising since PS VR is scheduled for an October release date. Clearly, the company needs GT Sport to be the "killer application" for the new device.

You might recall that series creator Kazunori Yamauchi had mentioned a beta test, but today he stated that it would have taken months of additional development time and as such, it won't happen in all likelihood. Here's some pre-order information taken from the official blog post; below you'll also find some new screenshots and a new gameplay trailer.

GT Sport is the world’s first racing experience to be built from the ground up to bring global, online competitions sanctioned by the highest governing body of international motorsports, the FIA (Federation International Automobile). Create your legacy as you represent and compete for your home country or favorite manufacturer through multiple race classes, including GT3, Prototype, Rally, and more.

Additionally, we’re excited to announce the pre-order offerings for GT Sport are available today! Those who pre-order the game will receive early access to a 3-Car Pack, including:

To commemorate the release of Gran Turismo being introduced on PlayStation 4 for the very first time, we created GT Sport Limited Edition for our hardcore racing fans. Priced at just $69.99 ($89.99 CAD), the Limited Edition contains more than $130 in content including: