G.Skill, a leading manufacturer of high performance memory would unveiling their plans for the next generation DDR4 memory at IDF13 San Francisco. G.Skill would also be showcasing their fastest clocked DDR3 memory  at the event for Intel's HEDT Ivy Bridge-E platform. 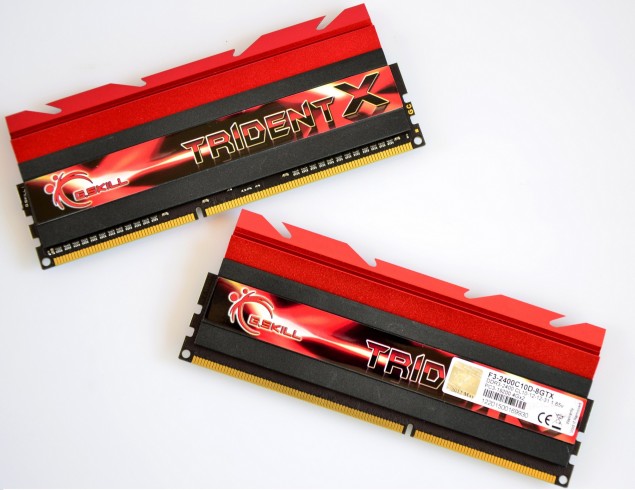 While we have limited details regarding DDR4 memory at the moment, we do know that DDR4 Memory will be featuring have much lower power consumption over the previous design with rated voltages of 1.2 – 1.1 Volt. At the same time while aiming for lower power consumption, DDR4 memory would push the frequencies past the barrier with speeds of 4266 MHz and possibly even more knowing that current DDR3 DIMMs do around 3000 MHz. The early samples of DDR4 memory would end up around 3200 - 3466 MHz and would gradually increase over the time as more products start supporting the new memory type which include Haswell-E plus Skylake from Intel and Carrizo APU from AMD.

G.Skill would unveil their plans for their next Trident DDR4 series and more at the event. You can find more info regarding this in the press release below:

In addition to DDR4 memory, G.Skill would also be showcasing their fastest clocked memory and highest capacity memory kits for the Ivy bridge-E platform from Intel which is going to launch at IDF13 on 11th September.