It has been only three years since the arrival of DDR3 memory and now it has finally starting to replace the DDR2 Memory. The reason behind is that more motherboards are coming out with DDR3 memory support from Intel and AMD Both making users switch to the newer stuff which provides better performance. Jedec and a few other memory manufacturer's have already started planning the successor to the DDR3 memory which is named DDR4 Memory and is said to be released in 2015 which was first dated at 2012. 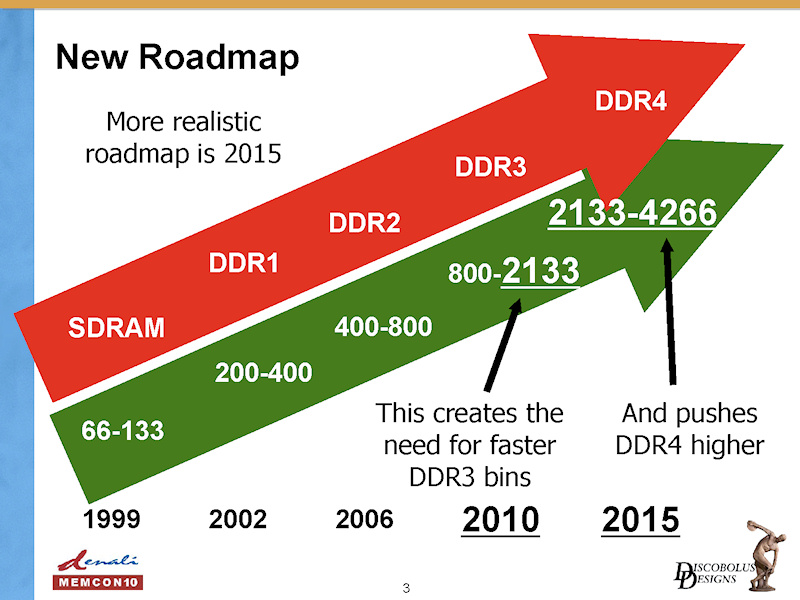 The push back of DDR4 Memory was announced at MemCon Tokyo 2010, This means that before the release of DDR4 Rams we will be seeing much faster DDR3 memory's in the mean time which is part of the Jedec Standard. This also means higher latencies will be witnessed in the upcoming DDR3 rams which is unless Jedec thinks to change its current planning of introducing  DDR3 2133MHz modules with default timings of 12-12-12 as compared to 8-8-8 or 9-9-9.

There will also be planning on changing of how the system memory would be accessed. The DDR3 Memory is connected with the memory controller in pairs while the DDR4 memory will be using a point to point interface with only one DIMM per channel. 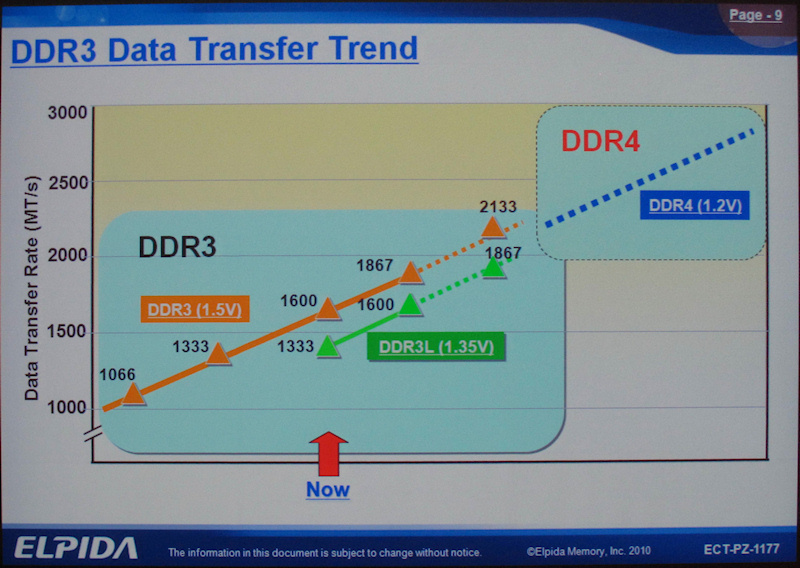 The new DDR4 Memory will also have much lower power consumption over the previous memory's. The memory will use only 1.2 - 1.1 Volt and some manufacturer's are even considering to go for 1.05V. The clock of the ram will range from 2133 - 4266 Mhz which is a nice clock considering the low power consumption. The chips of the ram are to be build using using 32nm or 36nm process technologies. 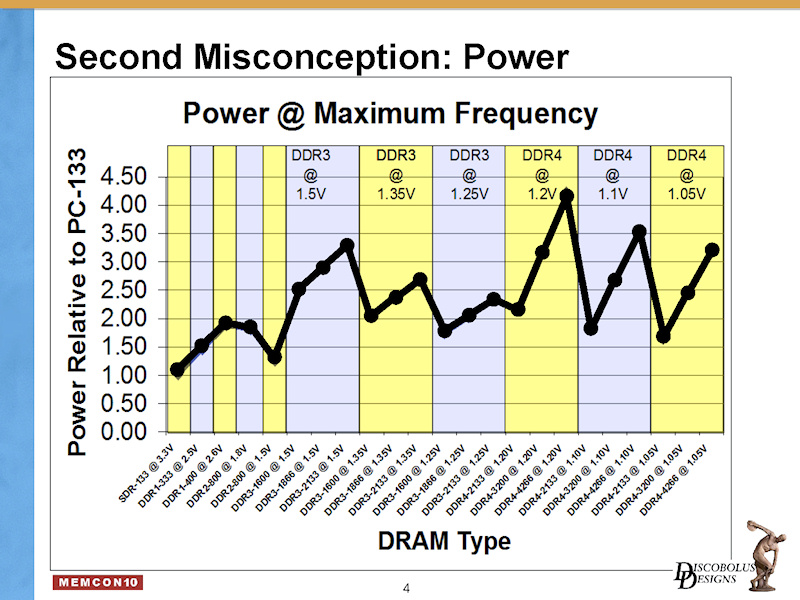 But extreme performance will require a tradeoff. In DDR4 memory sub-systems every memory channel will only support one memory module, reports PC Watch web-site, since the developers substituted current multi-drop bus in facour of point-to-point topology. In order to overcome potential inability to install appropriate amount of memory into high-end clients as well as servers, the developers have reportedly presented two approaches:

It took some time to move from DDR2 to DDR3 Rams and the same will happed with DDR4. There are still a few years for the ram to be fully introduced and tweaked. So we should hope for Ram's which consume less power without sacrificing the performance.