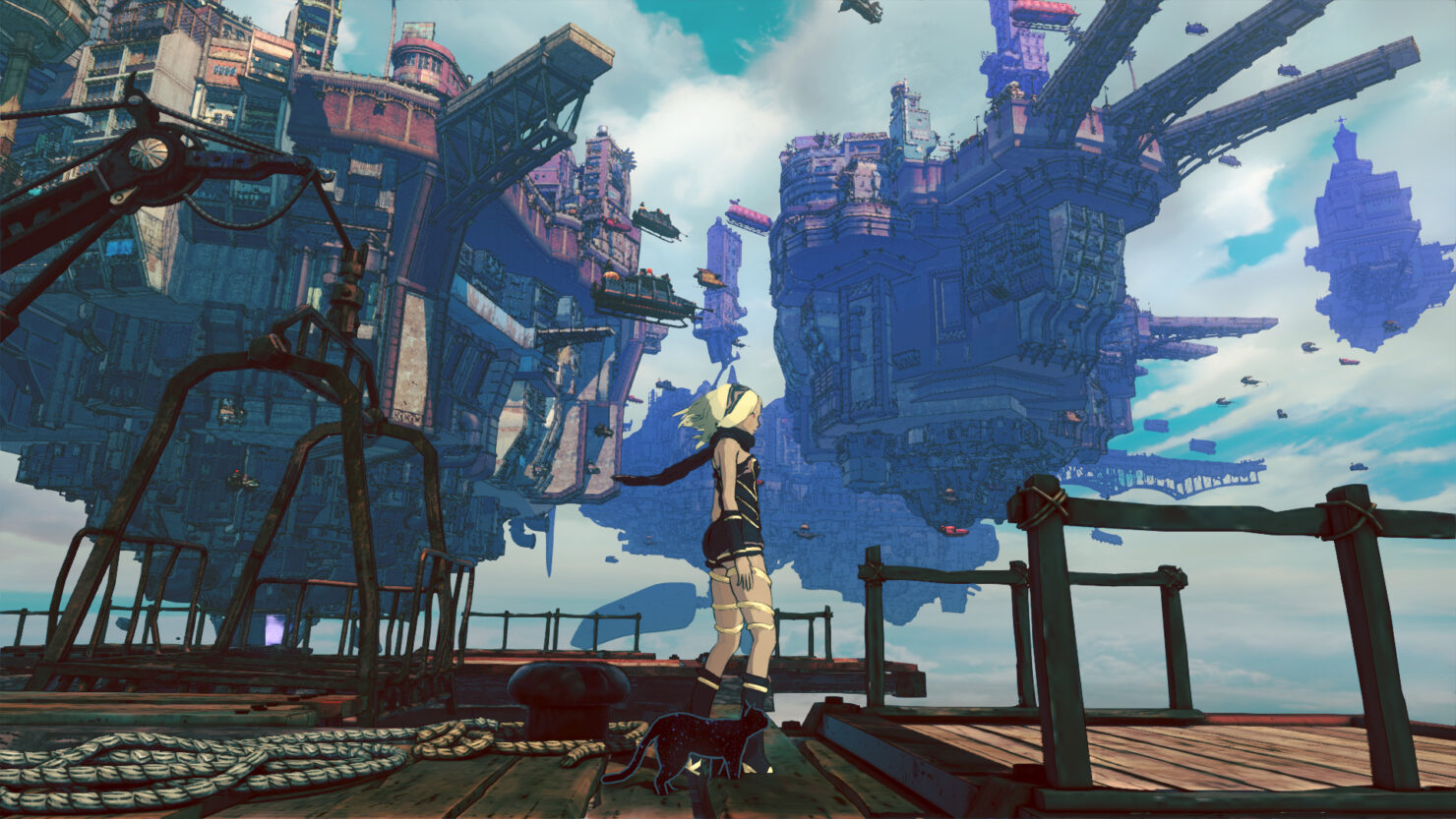 The PlayStation Vita has had a few interesting exclusive releases, but if there's one that truly defines the console is Gravity Rush. While the game is indeed flawed, it features a lot of interesting concepts that definitely needed a second chance to shine. Sony has given PlayStation 4 owners the chance to play Gravity Rush on more powerful hardware with Gravity Rush Remastered, and later this year fans of the game's universe will be able to see how these interesting concepts have evolved in Gravity Rush 2. From my hands-on session during Gamescom 2016, I can assure fans of the original game that they will not be disappointed.

At first glance, Gravity Rush 2 doesn't play too differently from the original game. Players will still control Kat as she roams some uniquely beautiful locations, complete different missions and fight a variety of bad guys. While movement has received some light improvements, it's during combat that the changes become even more evident, and they're all for the better.

In the first Gravity Rush, combat was somewhat repetitive, with a limited number of different attacks and strategies and annoying movement that made many enemy encounters an exercise in patience. Thankfully, Gravity Rush 2 fixes almost everything that was wrong in the first game regarding the combat with the inclusion of two gravity modes, called Lunar and Jupiter styles. While in Lunar style, Kat is lighter and easier to move around, while Jupiter style makes her heavier, allowing her to hit much harder. Both styles also come with additional combat moves that finally make battling enemies enjoyable: Lunar style features a sort of follow up attack which prevents enemies from moving, perfect for smaller and faster enemies, while Jupiter style allows players to unleash a shockwave attack that can defeat weaker enemies in a single attack.

While combat received the most refinements, it's undeniable that Gravity Rush 2 generally feels much more polished than the first game. The game's unique style shines on PlayStation 4, and the additional power offered by the home console should make the game more expansive than its predecessor with a world two and half times larger than the first game and fifty side missions. Fans of the original will definitely enjoy the enlarged play space as well as all the tweaks and changes. Those looking for a different sort of open world game may also find something to like in this game when it launches this November in all regions, exclusively for PlayStation 4.