PC users can do nothing but gratify themselves with relatively old Rockstar game if they want to indulge in Grand Theft Auto open-world grab and run adventure as the developer has not launched the latest game in the series on PC. Still, some PC gamers know how to make an outdated game look stunning and so one user has uploaded a bunch of screenshots of Grand Theft Auto IV running on PC with mods and rendered at 4K. 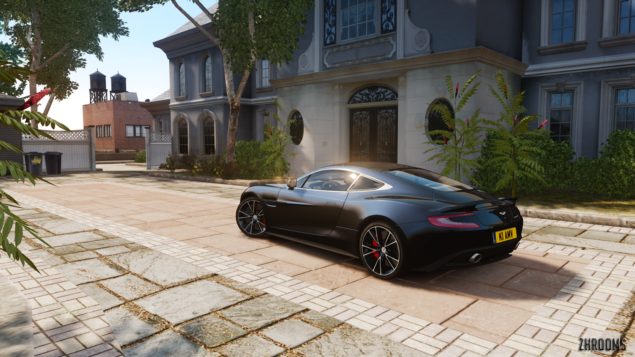 Rockstar's Grand Theft Auto V was game of the year 2013 and best voted game on almost all major websites. With detailed graphics and immersive gameplay, the overall Grand Theft Auto V experience was incredible. Rockstar made sure that its latest game squeezes every ounce of PlayStation 3 and Xbox 360 hardware capabilities but awkwardly, even after knowing the fact that the game could have done much better on PC in terms of graphics and gameplay, Rockstar did not launch it for the platform which has boundless openings.

Imgur user theballadofzhrooms has posted a complete screenshots album of Grand Theft Auto IV running on PC. Modified with several mods and rendered at 4K, the game looks absolutely stunning and much better than Grand Theft Auto V running either on PlayStation 3 and Xbox 360. The game screens are rendered at 4K but were captured at 3K and then re-sized to 2K to avoid extended uploading time. Complete album of screenshots of the game can be viewed below.

These looks and graphics do not come directly from the developer, the game was modified with different mods to make it look shiny and beautiful. Of course, running this game with all these mods is only a job for a heavy-duty rig. The user who uploaded these splendid screenshots of the game also mentioned the mods he used and the hardware specifications of the PC the game ran on.

Rockstar has not confirmed whether Grand Theft Auto V is ever going to be released on PC or not, but tons of rumors have been circulating about the PC release of the game since its launch on both previous-gen (PS3, Xbox 360) consoles. Recently, a Grand Theft Auto V PC footage was posted on YouTube and while people were throwing their comments of it being fake, Take Two Interactive immediately jumped into action and took down the video claiming its copyrights, leaving people think that there is something suspicious going on at the back-end.