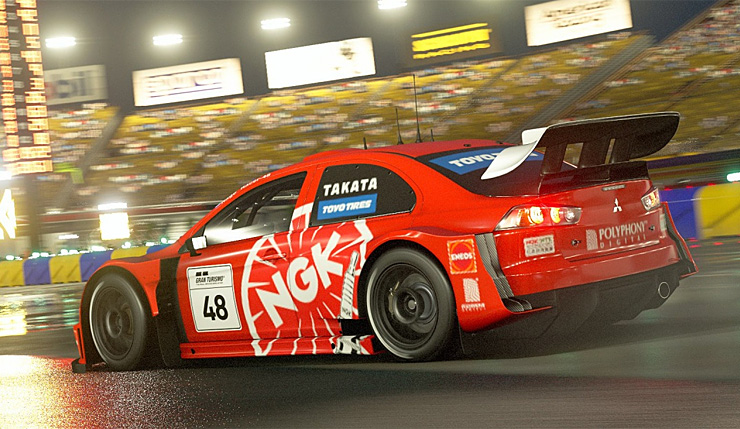 Gran Turismo Sport has come a long way since launch. When the game first arrived on PS4 in 2017, I called it a “smooth ride that’s missing something under the hood,” but since then, developer Polyphony Digital has rolled out a ton of new features and content, transforming the game into a proper Gran Turismo experience. That said, there are still some things missing.

One feature fans have been demanding for a long time is weather effects, and it seems the next Gran Turismo Sport update will finally being adding them. Polyphony has released a video showing off the game’s new rain effects on the Red Bull Ring, and they look pretty impressive! I still think Sony’s own Driveclub is the gold standard when it comes to rain effects, but Gran Turismo is no slouch – check out the video, below.

Haven’t been keeping up with Gran Turismo Sport? As I said, it’s definitely grown into a game that’s worth your time – here’s an official description:

Excluding the CAD data used by automobile makers for their manufacturing, the 3D models created for Gran Turismo Sport are the highest quality, highest precision models in the world. From the curves of the body, edges, spacing between body panels to the headlights and turn signals, every detail of the car has been precisely recreated.

From popular real life race circuits, oval tracks, dirt tracks set in nature and an urban expressway based on public roads, a large variety of tracks have been provided in game. The True HDR workflow has enabled the recreation of light and colors that is true to nature, and it is possible to drive the tracks in a large variety of daylight and sky conditions. Gran Turismo Sport is equipped with the latest vehicle physics simulation that includes knowledge gained from both the real and the virtual. A physics simulation that is ‘easy to drive because it is realistic’ has been achieved.

Gran Turismo Sport is available now on PS4. The new rain effects will be a part of the game’s June update, which will arrive this Thursday (June 27).