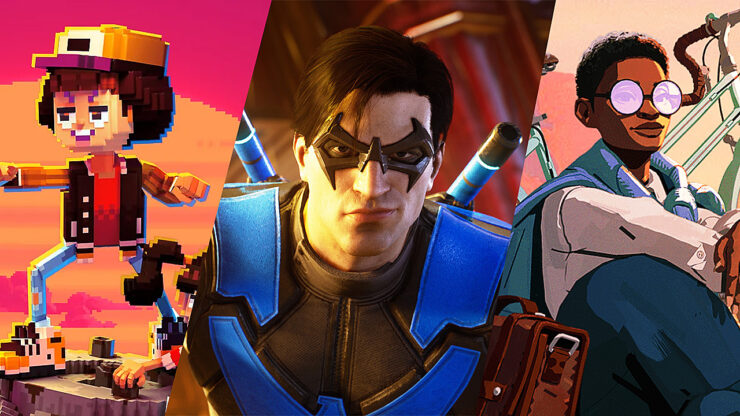 2020 was another busy year for the Canadian video game industry with developers from Montreal, Vancouver, and other points across the map producing major games like Assassin’s Creed Valhalla, Star Wars: Squadrons, Gears Tactics, and FIFA 20, as well breakout indies like Spiritfarer and Ikenfell. That said, it doesn’t feel quite right to unreservedly praise a year when the world was plunged into COVID-19 lockdowns and the Canadian gaming industry’s biggest employer, Ubisoft, was rocked by widespread reports of workplace misconduct and abuse.

Hopefully 2021 will be an easier year to celebrate. Vaccines are coming, Ubisoft has promised to address its toxic workplace culture, and a lot of new Canadian games are in the works. Between big titles like Gotham Knights, Far Cry 6, and The Outlast Trials and promising indies like Season, Goodbye Volcano High, and Echo Generation, Canadian devs will be driving what could be of the industry’s best years in recent memory. Here are some of the Canadian projects to look forward to in the years ahead…

Ubisoft Toronto just shipped Watch Dogs: Legion, but they’re not resting on their laurels, as Far Cry 6 will arrive in just a few short months. Far Cry 6 takes place in a thinly-veiled stand-in for Cuba, which is a clever was of combining the politically-charged atmosphere of Far Cry 5 with the sunny island locales of earlier entries in the series. We haven’t seen much of Far Cry 6 in action, but the game features Breaking Bad’s Giancarlo Esposito as the new big baddie and Ubisoft is hinting the game shares some interesting ties with other entries in the series, so fans should be happy.

Edmonton’s BioWare has struggled in recent years, serving up back-to-back misses in Mass Effect: Andromeda and Anthem, but Mass Effect: Legendary Edition is pretty much a free shot on goal. As long as BioWare doesn’t try too hard to fix something that isn’t broken, this remastered collection of the original Mass Effect Trilogy should be one of this year’s biggest RPGs.

Rainbow Six Siege is Ubisoft’s the golden goose that can’t be killed, as the game is still as popular as ever over five years after release. The team at Ubisoft Montreal are nonetheless forging ahead with Rainbow Six Quarantine, a co-op shooter that pits players against mutant alien parasites. Whether Rainbow Six Quarantine is another long-tail hit for Ubisoft remains to be seen, but if it can siphon just a little of Siege’s popularity, it should do just fine.

WB Games Montreal gets to put their mark on comics’ most iconic city this year in Gotham Knights, and they’re not playing it safe. For starters, they’ve killed Batman, with players instead taking on the roles of Robin, Batgirl, Nightwing, and Red Hood. Also, unlike the Arkham games, Gotham Knights is more of an Assassin’s-Creed-style light action-RPG. While some questions remain about Gotham Knights, honestly, it’s hard to make a bad game about beating up Mr. Freeze.

Montreal-based developer Red Barrels isn’t content to rest on their laurels. The first Outlast was a great, influential horror game, and Red Barrels could have scored a series of easy hits by sticking to the same formula, but they’ve tried something different in each new entry in the series. A prequel to the games that came before it, The Outlast Trials is set sometime during the Cold War and will allow you to team with up to three other survivors. Aside from that, not much is known about the game, but given Red Barrels’ history, expect the unexpected.

What Else to Expect

While it doesn’t yet have a release date, it seems likely Age of Empires IV from Vancouver’s Relic Entertainment will arrive in 2021. We can also look forward to Dungeons & Dragons: Dark Alliance from Montreal’s Tuque Games, Warhammer Age of Sigmar: Storm Ground from Vancouver’s Gasket Games, and Chivalry 2 from Toronto-based Torn Banner Studios. Ubisoft undoubtedly has more to announce for 2021, and there’s always a better-than-even chance any new game from them is developed in Canada.

Of course, a good chunk of this year’s sports games, including FIFA 22 and NHL 22, will be made here, and various live service games, including Apex Legends, Destiny 2, Dauntless, and Dead by Daylight will continue to be supported by Canadian teams. As has been the case for a while now, Canadian devs will continue to be the cogs that drive a good portion of the AAA gaming industry. 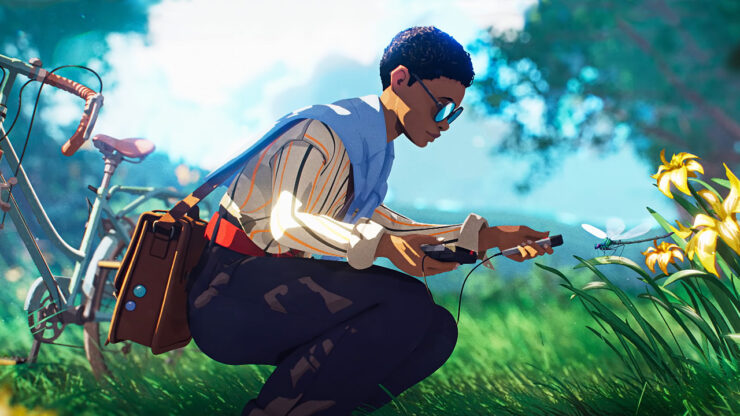 Described as an “atmospheric adventure bicycle road trip game” by Montreal-based developer, Scavengers Studio, Season tasks players with exploring a tranquil, yet slightly uncanny world somewhat reminiscent of the movies of Studio Ghibli. This one looks like it could be the breath of fresh air many are looking for after the events of 2020 – do check out my full interview with the game’s creative director.

Coming from Toronto-based developer Cococucumber, Echo Generation sports a fun retro vibe that’s one part Earthbound, one part Stranger Things, with a slick “elevated Minecraft” visual style that really sets it apart. Combining traditional adventure-game-style investigations with turn-based RPG battles, the game should appeal to a wide audience, but particularly to Canucks (the game’s main character literally sports the maple leaf on the back of his jacket and does battle with a hockey stick).

Dystopian stories don’t tend to take place in Canada -- we’re probably never getting a Blade Runner sequel set in Neo Burnaby or Winnipeg – so it’s fun to see Vancouver getting the grimy, futuristic treatment in EggNut Games’ Backbone. Oh, and did I mention all the characters in this neon-lit Vancouver are animals? You play as raccoon detective Howard Lotor, who must solve a series of increasingly bizarre crimes which will put his assumptions about the world to the test. Quirky premise aside, Backbone looks like a solid adventure/RPG, somewhat in the same vein as the 2019 indie surprise hit Disco Elysium.

The latest from Don’t Starve and Mark of the Ninja developer Klei Entertainment, Griftlands has been in early access for several months now, with a full release likely coming in 2021. Griftlands is a card-based sci-fi RPG that lets you deal with all enemies either through traditional, violent means, or through negotiation. All characters have their own allegiances and opinions, and playing politics is just an important as mastering spells and attacks. This one ought to be Klei’s deepest game yet.

What Else to Expect

2021 looks to be a particularly promising year for Canadian indies. In addition to the games above, we can look forward to the horror sequel Bendy and the Dark Revival, kaiju battler Dawn of Monsters, home-building sim Paralives, atmospheric space-exploration game Jett: The Far Shore, playable nature documental Away: The Survival Series, and the charming narrative cooking game Venba, just to name a few. Of course, even more games, including the much-anticipated Darkest Dungeons II, will be entering some form of early access in 2021 as well. If it’s indie and interesting, as often as not it’s being made right here in the Great White North.

So, there you are, a taste of what to expect from Canadian developers in 2021. What Canadian-made games do you expect to pick up this year?