Gotham City Impostors Is not meant to be taken as a true or even a real Batman game, it is meant to be played for fun and the spirit of it as the wars between Bats and Jokers wages on in various games modes. After giving us a free content Once and now in the future it seems that Gotham City Impostors is going to be bringing out its first paid update to the game but don’t worry all it costs is two cups of coffee. 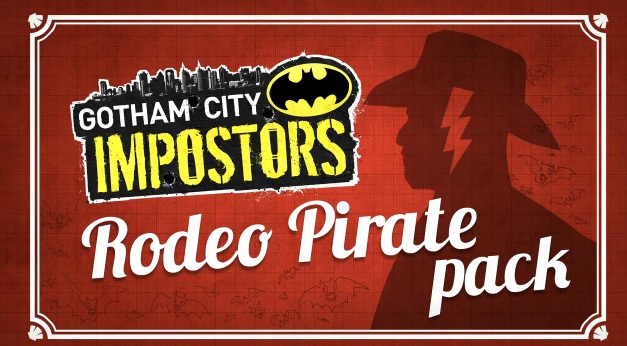 Gotham City Impostors is an amazing FPS, if you jump into this thinking of it as a Batman centric game then you will be sorely disappointed but if you dive into this like you did with Team Fortress 2 then you are sure to have hours of fun and laughs with friends and strangers over the ridiculous maps, weapons and the level of character customization which most other games in its price range don’t even offer.

While the new paid update comes without a new map it does however help give an advantage over the other, with the boarding party and the Conch you are sure to be the center of attention in the game mode as you run around and shooting parrots in the faces of your foes and bringing down gliding enemies with it too, did I mention this thing can work on ground players too by giving them a push back from you? So this is a good way to finally counter those pesky Katana spamming players and help even the playing field.

While the update is going to cost two cups of coffee (< $ 4.99) it will launch on the XBOX 360 on April 25th and on the PS3 on May 8th for the NA and May 9th for the EU with no date for the PC as of yet. If you are on the fence about buying this paid update or not you can choose to wait for the launch of the XBOX 360 version and see a couple of commentators on YouTube use the weapons to see if they really warrant a purchase.