There is no doubt that Uncharted 4: A Thiefs End is one of the most highly anticipated and highly awaited games of 2015. The game looks absolutely gorgeous with its releases may those be concept art or footages. And after the somewhat unexpected turnout for the latest exclusive of the PlayStation 4 i.e. The Order: 1886, it is more important that Uncharted 4 wipes the floor with the rest of the releases. Bloodborne is another awaited exclusive but it serves to a completely different group of people because of it's dark and grimm gameplay. So far, Uncharted 4 has not disappointed us and in that stead we have another gorgeous looking art to feast our eyes. 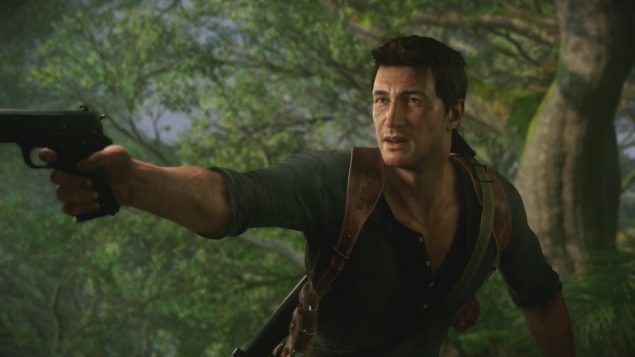 The new concept art was released via the concept artist Eytan Zana and it shows Nathan making his way across the ruins. The new release in the uncharted series is expected to raise the bar for all future games just like The Order: 1886. Although not praised by many critics as a game, but it certainly was one hell of a game graphics wise and it really did set the bar very high for any future game releases. Uncharted 4:  A Thiefs End is expected to make its appearance at E3 2015 and with lots of anticipation behind the game, it is sureshot that the developers will not go easy on it. Now, lets have a look at that concept art we were talking about: 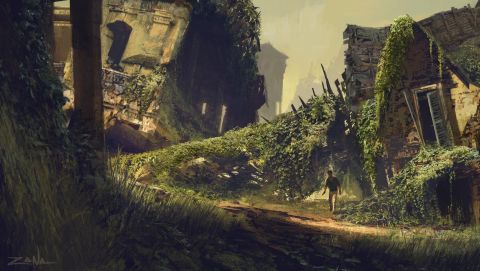 Uncharted 4: A Thiefs End is set 3 years after the events of Uncharted 3: Drakes Deception where Nathan Drake has left the world of hunting behind him. However, things change when Nathan's Brother Sam comes back knocking on Nathan's door offering an adventure Nathan just can't resist and saving his brothers neck in the meantime. Sam and Nathan then set off on a  for  Captain Henry Avery's long-lost treasure which is supposedly deep into the forests of Madagascar where dangers await the brothers. This release of Uncharted covers all the globe ranging from thick jungle islands to urban cities and snow-capped peaks of the North.

Uncharted 4: A Thiefs End has had its fans captivated ever since its announcement back in the PlayStation Experience event. As a reminder to everyone, this is an exclusive to the PlayStation 4 console which it intends to push t its limits leaving behind very little chance of its appearance at the previous gen PlayStation 3 console without compromising heavily on game quality and in-game resolution. It is a very popular title and hence the expectations are very high at the moment. To see if it fulfils the expectations, we'll just have to wait and watch.