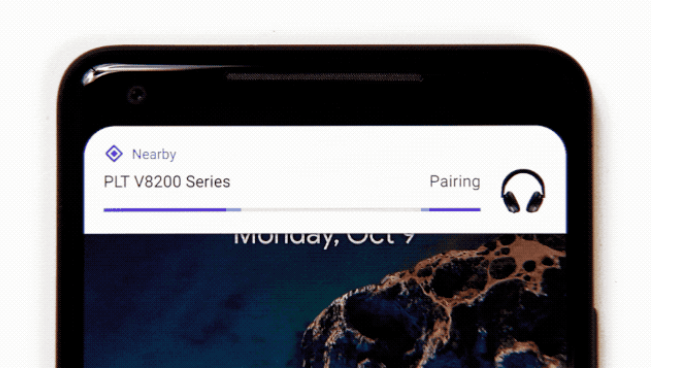 Amidst all the hustle that Google created with the launch of the Pixel 2 smartphones, the company kind of missed on creating impact for the Fast Pair feature. Well, an event glossed with a slew of announcements, it is only reasonable to miss out some. However, the feature is now getting the attention that it deserves, it is similar to what Apple provides with its W2 chip, i.e. instant Bluetooth pairing with the help of a few taps. With this feature, users no longer need to search for the Bluetooth devices and then pair them. Pairing notification will now pop up whenever the open Bluetooth connection is nearby.

For Android devices running Android 6.0 and above

The Fast Pair feature was launched as Pixel exclusive, but now Google is rolling it out for non-Pixel Android devices running Android 6.0 Marshmallow and higher. The decision to roll it out to non-Pixel phones will benefit a lot of Android users. In addition to working with different Android manufacturers, the Fast Pair feature also works with Bluetooth headphones from different manufacturers.

Coming to Bluetooth headsets and accessories too

Pixel Buds and Libratone’s solid Q Adapt were the first to have the feature, and Google is even going to add Plantronics Voyager 8200 to the list of compatible products. The list of compatible Bluetooth headphones is still limited as Google is currently working with early partners to develop the Fast Pair feature for greater good. But Google has opened the gates for other handsets to join the league, it is also inviting “Bluetooth accessory” makers to be a part of the development. This means that Google has broader plans for the Fast Pair feature, not just Bluetooth headsets but Bluetooth accessories too.