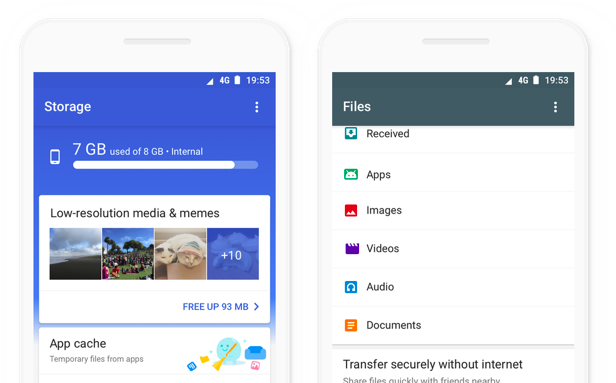 Google has finally released Files Go! its mobile file organisation and sharing app. The company launched it in beta last month, and today it has been released officially on the Play Store. Files Go! makes it easier for Android users to manage files, free up space, create backups on the cloud, and share them effortlessly. The app is one of the default apps on Google's Oreo 8.1 (Go edition), which is a lighter version of Android for entry-level phones.

Files Go! will make things easier Android users who have been relying on third-party apps organisation apps. It will give users direct access to downloads, received files, apps, images, video, audio and documents. In addition, it will also suggest for freeing up space and managing content. For example, it will suggest users how much space will be available after clearing app cache, large files, unused applications, downloaded files, and large files. Also, it will also let users move files to memory card. 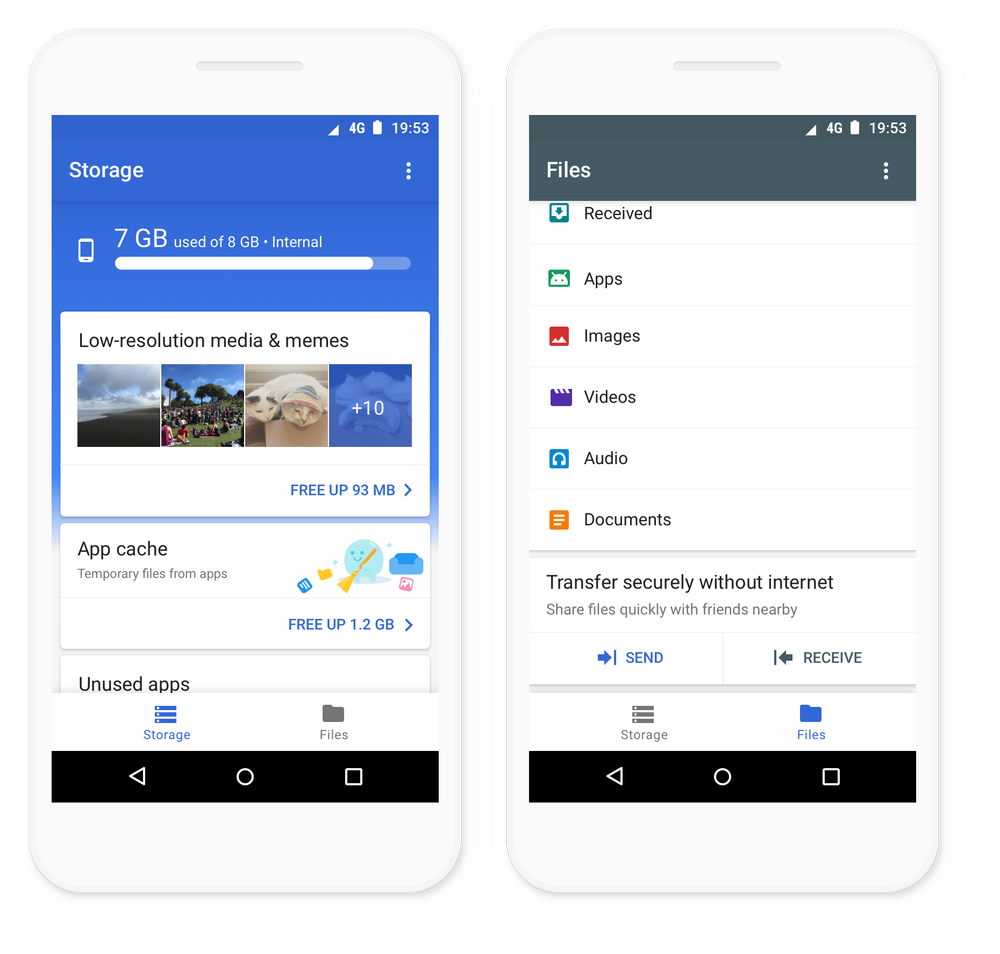 Another much-needed feature that comes with the app is to share files offline, like Airdrop. When you activate the offline sharing option, it will create a "hotspot" to connect and share files via Bluetooth. If your friend also happens to have Files Go! with file sharing enabled, you can just hit send and receive to transfer files. "The file transfers are encrypted, fast (up to 125 Mbps) and free," notes Google.

The best part of the app is that it reminds users when they run low on storage and let them backup files to Drive, OneDrive, Dropbox and several other apps. Google also mentioned that it has been testing Files Go! for a month in beta and has saved user significant space of up to 1GB. The app is now available for download on the Play Store, but for software versions above Android 5.0 Lollipop and higher.

Here are Files Go's features as explained by Google: