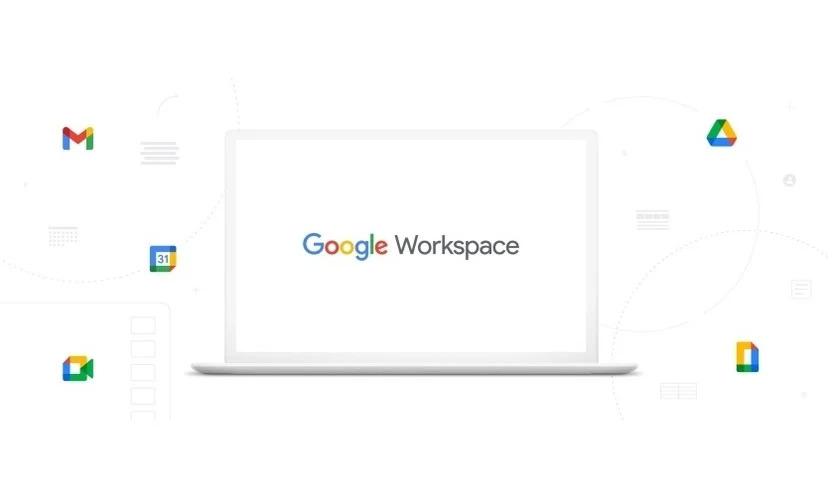 Google has been on a bit of a ride as far as the rebranding is concerned, we recently talked about how Google TV is the new Google Play Movies & TV, and we also talked about how Google teased a new Gmail logo, but none of us was prepared for the actual surprised Google had in stores for us, and that is the rebranding of the entirety of the G Suite.

In a recent announcement, Google has decided to completely overhaul the G Suit and now it will be called Google Workspace, which falls in line with the rebranding path that the company is following. In addition to that, Google is also rolling out a new brand identity of services such as Gmail, Drive, Calendar, and Meet apps; these new icons are made up of the four-colours that have become the brand's identity for some time now.

This overhaul by Google should not come as a surprise, though. However, the new logos might be polarizing to some people, considering how we use are so conditioned towards the older design. With that said, it should not take long for the eyes to start adjusting to these logos. After all, these are trusted Google logos that we all have grown accustomed to. The Google Workspace is now available to all business customers and will start rolling out to consumers in the coming month.

Here is what Javier Soltero, the Vice President and General Manager of Google Workspace had to say in an official statement.

This is the end of the 'office' as we know it. From here on out, teams need to thrive without meeting in person, protect their time to focus on the most impactful work, and build human connection in new ways. Google Workspace gives people a familiar, fully integrated user experience that helps everyone succeed in this new reality - whether you're in an office, working from home, on the frontlines, or engaging with customers.

Google Workspace is going to serve as a hub for all the communication and collaboration tools like Gmail, Chat, Meet, Docs, Sheets, and Slides. Google Workspace users can now go ahead and preview the content of any link without having to leave the original document with the new linked previews feature in Docs, Sheets, as well as in Slides. These three apps will now also show a popup with suggested actions such as sharing the document whenever you mention someone in a document.

Thes are the new logos for all the apps.

Additionally, Google Workspace is going to bring a new feature in the coming weeks that will allow the users to create as well as collaborate on documents within a room in Chat. Google Meet is now going to be available across Docs, Sheets, and Slides in picture-in-picture mode.

We're hitting "send" on a fresh new icon look. Check out all the exciting rollouts happening with #GoogleWorkspace to see how to use all your favorite apps, all in one place → https://t.co/wiPzm3J97u pic.twitter.com/vaDRXcP8Sr

Last but not the least, Google's "new home for work" will also be available to all business customers starting today. In the coming months, Google is planning on rolling Workspace to the consumers as well. The new logos for Gmail, Drive, Calendar, Meet, Docs, Sheets, and Slides are expected to start rolling out in the coming months.

What do you think about Google's new direction with the rebranding? Do you like it or are you going to miss the traditional? Let us know your thoughts and if you want, you can read more here.