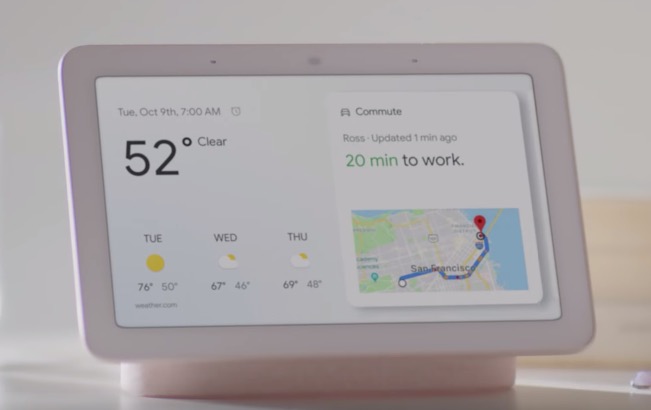 Google is no stranger to Smart Displays. A lot of third-party Smart Displays come with Google Assistant integration, but Google directly manufactures none of them. We've seen our share of Google Home speakers and this year; Google unveiled the Home Hub. Let's take a look at what it's all about.

According to Google, the goal with the Home Hub is to create “a more helpful, thoughtful home,” with the added dimension of being able to see responses from Assistant, instead of just hearing them. Google has revamped services like Search, YouTube, Maps, Calendar, and Photos for Home Hub, to add both voice controls and glanceable information.

The Home Hub also supports Google’s Voice Match feature allowing it to recognize different users’ voices and pull up the calendar, commute times, reminders, and more right on the home screen. Hub can also adjust to the ambient light in the room, using a dedicated sensor to adjust the display for the lighting in real time.

The Home Hub won't come with a camera

Most notably, there doesn’t seem to be a camera on the Home Hub, meaning that you won’t be able to use it to video chat. However, it also means that you won’t have the same privacy concerns that people tend to worry about with the all-seeing eyes of the Echo Show or Facebook Portal. Ambient EQ takes a sensor and algorithm to fine tune the colour of the display throughout the day, while the screen turns off automatically at night.

The Home Hub comes in four colours: green, pink, dark grey, and white and includes six months of free YouTube Premium service. It’ll be available on October 22nd for $149 in the US, UK, and Australia, with preorders starting today.