Google Releases Nearby 2.0 To Enable Messaging and Media Sharing Without Relying On The Internet 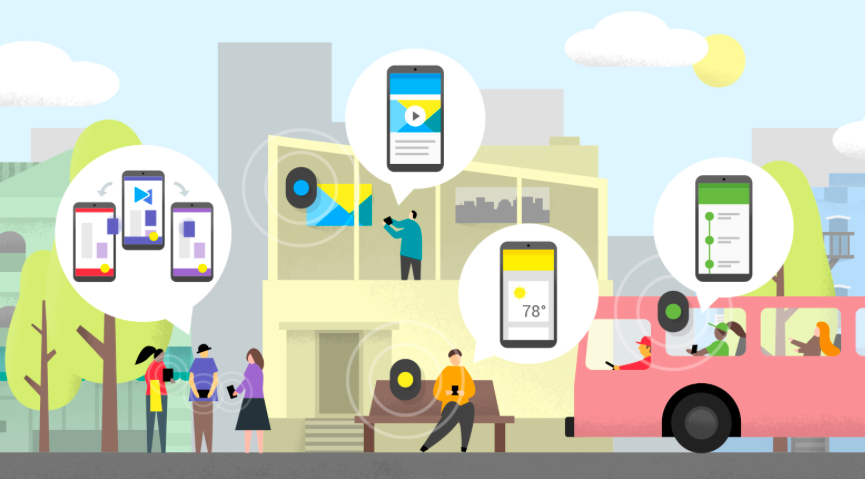 Google's Nearby is among those Android features that deserve more limelight with their sheer usability. With this feature, users can check out restaurant information, play games with friends, or even setup their device - all this because of proximity detection. Today, Google has released the 2.0 version (API) of Nearby Connections that brings more useful features aboard.

At the I/O 2017 event, Google briefed about the Nearby API (application programming interface) and stated that it Nearby stands for fast, encrypted, offline, and peer-to-peer communication. Today, the company has made the API available for the developers, so that integrate it into their apps.

The new version of Nearby would open the world of notifications and alerts for you. It will present suggestion for your favourite show or about the shared contacts with your family members so that you don't have to ask them. It will enable you to get instant information when you are in proximity to the source.

No need of the internet or mobile data 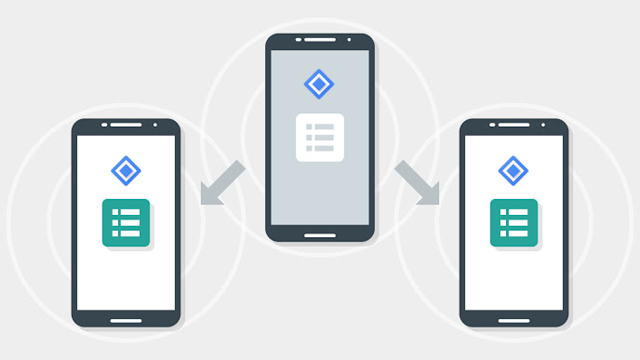 Nearby make use of a combination of services like Wi-Fi and Bluetooth to explore and connect to devices that are nearby. Although it uses WiFi chip, a connection to WiFi internet or mobile data is not necessary for it to work. It lets users transfer or stream data to or from their device even when the network is not available. It makes the best use of communication standards and creates a high-bandwidth and encrypted communication, while keeping the shortcomings of communications standards such as poor connection or varying speeds, at bay.

It is more like an enhanced version of NFC with better connectivity and data sharing. The feature lets users send a message to those in a crowded place such as subway stations to inform about delays. It can also be used as a media hub that will let people stream music or movies to their device. Also, Nearby can be effectively used for creating a chat hub at a public place - all these features without depending on the internet.

Apps that are integrating Nearby

Interestingly, Weather Channel is already implementing Nearby in its app to inform people in internet deficient areas about severe weather warnings. Similarly, Hotstar and GameInsight have also integrated it in their app to share media and play games respectively. The best part is that there is no need of the internet to use such features in the app.