Google owns one of the two alleged Quantum 'Super'computers in the world, and now it wants to take that dream one step further by partnering with University of California Santa Barbara and building Quantum Information Processors. Google is already working with D-Wave Two Systems and is working hard to figure out the Quantum Annealer. Quantum processors could have many interesting applications, some of them positive, others horrific so you can safely say that the first company to mass produce these would take over the world industry. 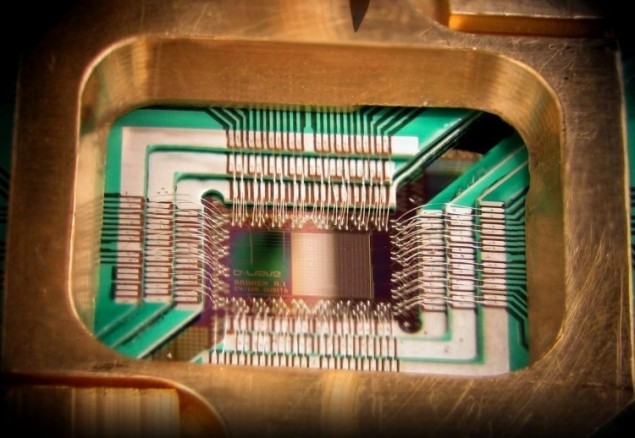 Quantum processing lies primarily on the qubit, which unlike our good friend the bit, has the usual 1 and 0 states and can also exit in a superimposed state. Another major difference between normal processors and quantum processors is the quantum tunneling effect, which basically means that they can intuitively sense the answer (a very very crude estimation). Needless to say, armed with features like these, the perfected quantum processor will have drastic consequences. An example being that all current encryption techniques, which rely on prime numbers, will become obsolete over night.Information is currently scarce on the project and we only have what Google stated in their post.

It is because of reasons like these that Google decided to invest  $10 Million to buy a D Wave Two Quantum Computer. Now it seems to have taken inspiration from the same because it will also be adopting the super conducting (and super chilled) approach to achieving quantum computing. The Quantum Artificial Intelligence team at Google is launching a hardware initiative to design and build new quantum information processors based on superconducting electronics. Google had the following to say on the occasion: "We are pleased to announce that John Martinis and his team at UC Santa Barbara will join Google in this initiative. John and his group have made great strides in building superconducting quantum electronic components of very high fidelity. He recently was awarded the London Prize recognizing him for his pioneering advances in quantum control and quantum information processing. With an integrated hardware group the Quantum AI team will now be able to implement and test new designs for quantum optimization and inference processors based on recent theoretical insights as well as our learnings from the D-Wave quantum annealing architecture."

Ryan Cohen’s RC Ventures Files To Sell the Entire Stake in Bed Bath & Beyond (BBBY) – Is the Top In?