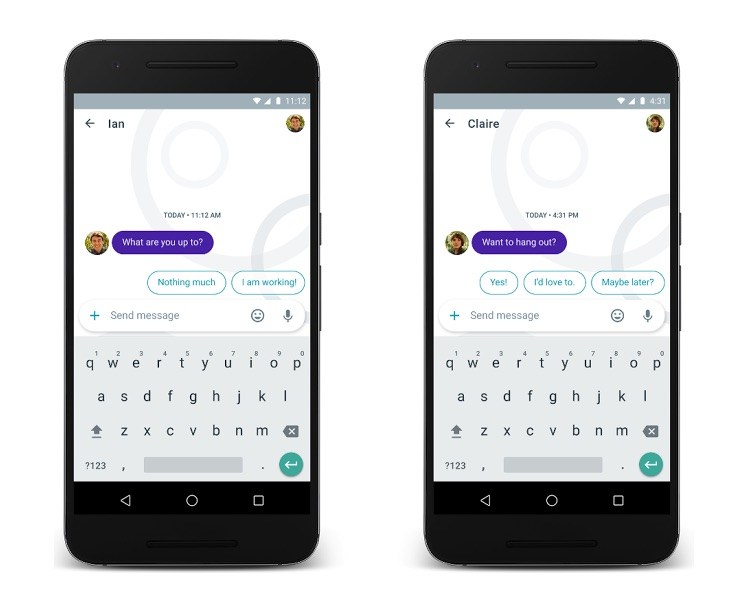 We first saw a glimpse of Smart Replies in Gmail, before it rolled out to Allo and Android Messages. Now, a dedicated team at Google is working to bring the Smart Reply feature to other chat applications. The newly announced project is simply called “Reply” and will initially be available for Android users before being rolled out en-masse to other platforms

Android Messages has already rolled out official support for Smart Replies, albeit only for Project Fi users. There is no indication when everyone else is going to receive it, but we can be assured that it'll be available sooner or later.

However, Google doesn't want to stop at Android Messages and offer support for Smart Replies within a variety of mainstream chat apps such as Hangouts, Allo, WhatsApp, Facebook Messenger, Android Messages, Skype, Twitter, and Slack, to name a few.

Reply, when rolled out, will be integrated with individual applications and will operate without a standalone app. It will also include a variety of other automated features such as a Do Not Disturb mode and a Vacation Responder that checks your calendar to tell people you’re not working. It will also be able to override your phone’s silent mode in the case of an emergency or more urgent message.

The idea behind the project sounds promising. Smart Replies might sound robotic/impersonal at times but are a boon when whipping out your phone to draft a full-fledged text simply isn't an option. Right now, only the Android operating system offers Smart Reply functionalities, so it can also serve as a major selling point for Android-based devices.

The project is still in very early stages of development, and not much is known about it, other than the fact that it exists. However, it also raises several concerns about privacy. To work its magic, Reply will require access to previous chat history, and that's a lot of information to give away if you're a regular user of instant messaging apps.

Yes, the project does look good and will go a long way in changing how we interact with our smartphones, but at what cost? Is it worth handing over a good chunk of your personal information to save a few seconds here and there? Will there be an option to opt out of the scheme? We don't know yet.