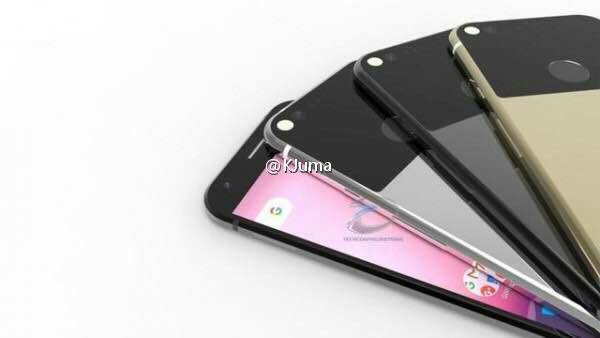 Only a couple of days are left until Google launches the Pixel and Pixel XL. This year's devices will replace the Nexus lineup, as One Mountain View chooses establish its own smartphone brand. Both the devices will be manufactured by HTC and feature identical designs. There's very little information about them that we've been unable to gather. From price points, to specifications and visual details, the Pixel lineup has been a regular feature of the rumor mill. Today, some more renders of the pair have surfaced. Take a look below to find out more.

With smartphones and technology, the 21st century now witnesses an unprecedented level of connectivity. This in itself has created many new avenues. One of these is the rumor mill, particularly when we talk about gadgets. Google's devices have been no stranger for the mill either. Last year's Nexus 5X and 6P surfaced in detail prior to their launch. For the Pixel and Pixel Xl, enough details are available as well.

Both the devices will feature an identical design and come with the Snapdragon 821 as their processor. The Snapdragon will be supplemented by 4GB of RAM with 2770 and 3450 mAh battery packs for the Pixel and Pixel XL. Rear cameras for both the devices will have a resolution of 12MP, with the front camera standing at 8MP. Today, legendary leaker Evan Blass is back and he's provided us with renders of both the Pixel and Pixel XL. Take a look at them.

The device with the gray background is the Pixel XL. You're also going to have to click on the images to enlarge them. As we've been telling you so far, design wise both the Pixel and Pixel XL are virtually identical. The only difference between them will be screen size, with the Pixel XL standing at 5.5 inches and the Pixel standing at 5 inches. Resolutions for the devices will stand at QHD and 1080p respectively.

It's the price points for the Pixel pair that have managed to gather the most attention so far. Sources are expecting this year's devices to be very heavy on the pocket. The starting price for the Pixel is rumored as $649. This will effectively place the device in flagship category, though we're hoping that Google's relying on a lot more than specifications here. Established brands such as Apple and Samsung often get away with high price points simply due to established reputation. For Google, it's going to have to be something special if the Pixel and Pixel XL are to succeed. Thoughts? Let us know what you think in the comments section below and stay tuned for the latest.