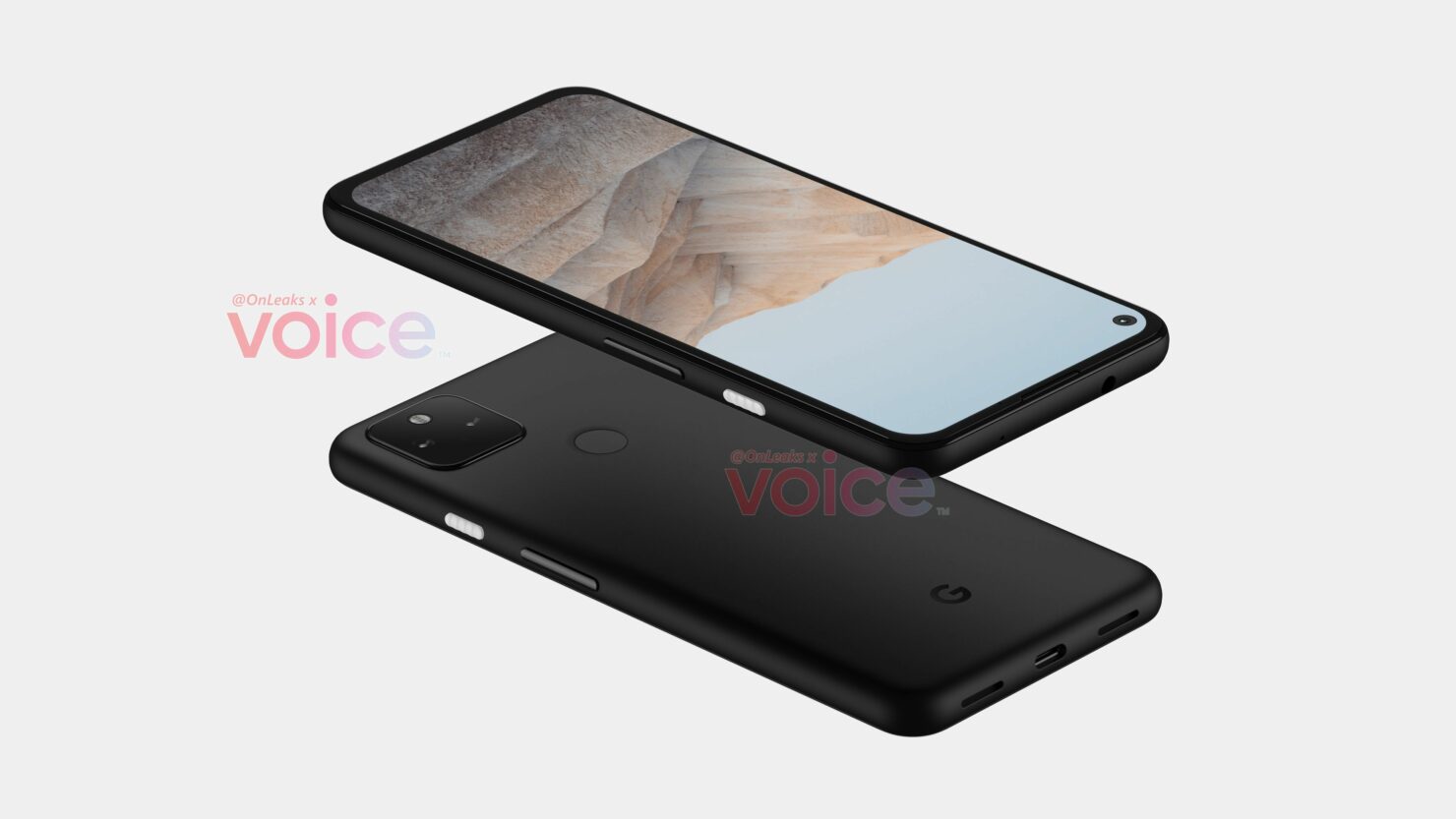 Google released two mid-range phones last year; the Pixel 4a and the Pixel 4a 5G, which was released alongside the Pixel 5. Google has been following this tradition since the Pixel 3 came out. This has worked so far because many people actually prefer the cheaper alternatives because they have a better value proposition for many people. With that said, it now seems that Google is planning on releasing the Pixel 5a.

The news is coming from Steve Hemmerstoffer, who has been reliable with the leaks in the past, so you can be sure that these leaks will be very, very accurate. Hemmerstoffer has shared the press renders with us that show the device from a majority of angles and the first look at the phone, and you are instantly reminded of the Pixel 4a 5G. Of course, the internals will be different, but Google is not planning on going for a drastic look. You can look at the renders below.

You are also getting access to a flat 6.2-inch OLED display with slim bezels and a hole-punch camera on the front. We don't know whether the display will bring a high refresh rate panel, but if not, you are limited to 60Hz.

On the back, you have a fingerprint sensor, as well as a square camera module. Steve claims that the dual camera module is going to remain unchanged from the Pixel 4a 5G and Pixel 5, and Google could end up relying on the same sensor as before, which really is not a bad thing.

In addition to that, you will also get a 3.5mm headphone jack on the Pixel 5a. As far as the details on the chipset, battery, other hardware, or the launch date are concerned, these things are still not available. Still, considering how the previous Pixel launches have gone, we will see the devices soon, but first, there will be a lot of leaks that will be coming our way.