Google Pixel 4a is a ‘Helpful Google Phone, at a Helpful Price’, Retail Listing Goes Up Hours Before Launch 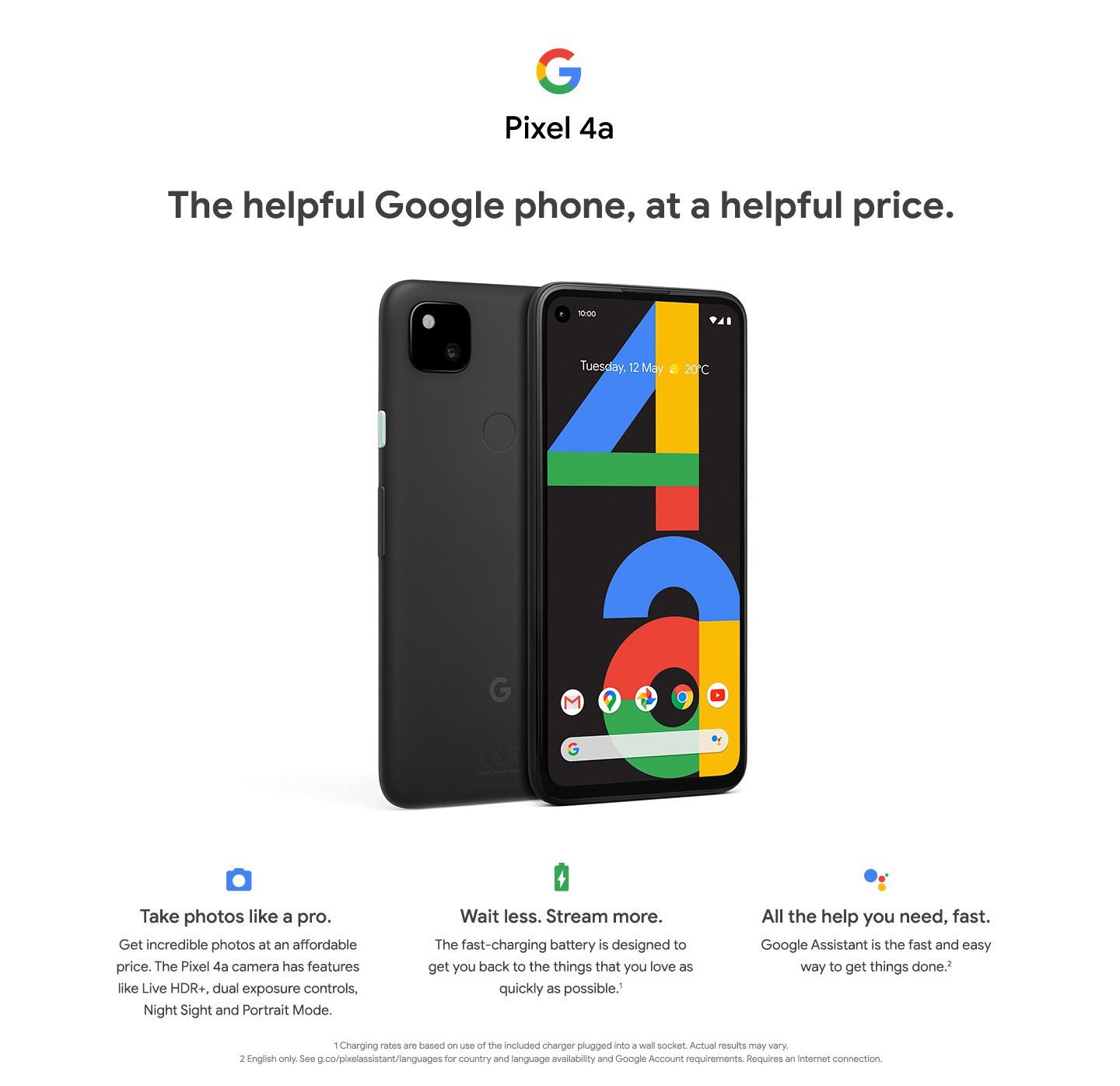 Google Pixel 4a is just hours away from its official launch and while we believe that Google will discretely launch this device on various storefronts, that does not stop the speculations from building up. We are glad that Google is finally launching the phone, and just now, the official retailing for the phone has gone up as well.

The Pixel 4a is now listed at Australia's JB Hi-Fi, which provides some information about the device and the tentpoles that Google is currently advocating for the device. You can look at the images shared below.

According to the tentpoles, the Google Pixel 4a is going to excel in three main departments. The first one is going to be the camera, as Google advocates that you will be able to take "Rich photo at a helpful price". They also show some sample images and different shooting modes.

Google is then talking about a "battery that lasts for up to 24 hours", clearly stating that Pixel 4a is going to have pretty good battery life.

Additionally, Google is also talking about how Google Assistant and Recorder will provide you with any help at any time. Google has also shed light on their Titan M security model and how it will be keeping everything in check for those who are concerned with security.

Needless to say, Google is definitely looking to make a mark in the budget territory, and we are all for it. Especially the users who are really drawn to the stock Android experience and regular updates that Google is known for. Whether the phone manages to make a dent in the market is something that we are still going to wait and see. We will be providing full coverage once the phone officially launches later today.