Google has announced a handful of updates for Google Photos. This includes: Suggested Sharing, Shared Libraries and Photo Books.

Believe it or not, but Google Photos has 500 million users worldwide. And given its ever-expanding feature set, that number is only set to grow. Today, the Mountain View giant is set to take Google Photos a notch further with the announcement of three great little features: Suggested Sharing, Shared Libraries and Photo Books. Let's talk about each briefly.

As the name implies, Google Photos will suggest you contacts with whom you should share photos with. This is done using artificial intelligence, face recognition and all sorts of insane software wizardry. Basically, if there's a photo with a contact Google recognizes, the Photos app will suggest you to share that photo with that particular contact. Once you send the photo over, the person on the other end will receive a notification for it as well. Sounds like magic doesn't it? Indeed it is. 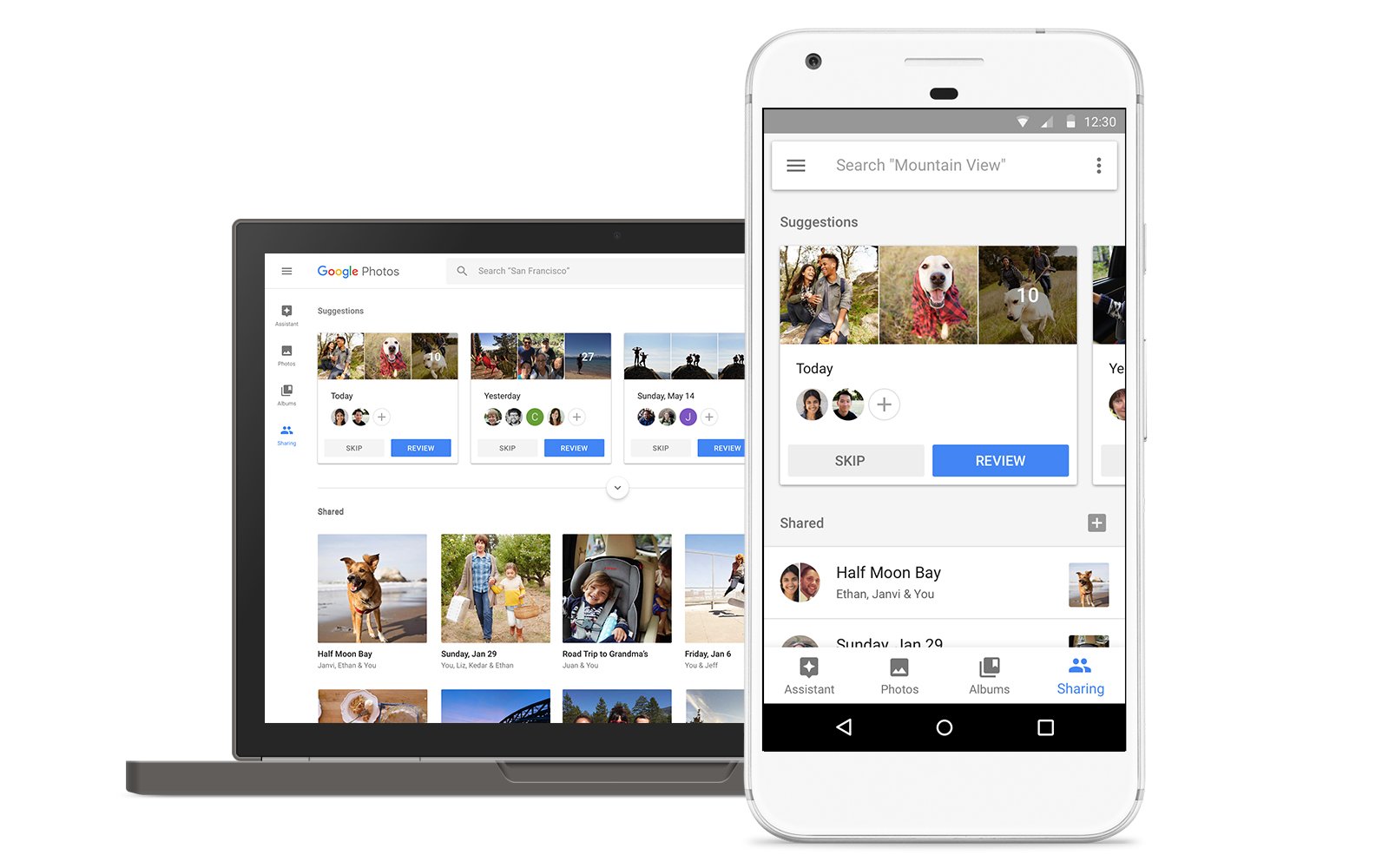 With our new sharing suggestions, you can finally share and receive all the photos that really matter to you, without the work. Using our machine learning technology, Google Photos will not only remind you to share—it will automatically select the right photos, and even suggest who you should send them to based on who was in the photos. Just tap send, and your friends and family will see all your photos, and get a reminder to add theirs too. Now all the photos of that birthday dinner or weekend trip are in one place, including—and especially—the photos you didn’t take.

You’ll see all your sharing activities and these suggestions in our new Sharing tab, which will be rolling out on Android, iOS and web in the coming weeks.

Wouldn't it be great if every single photo you took of your kid was shared automatically with your wife or family members? With the newly announced Shared Libraries feature, this is possible. But the cool part is: this feature applies in virtually all sorts of situations, so you can rest assured that you have snaps from different sources in one massive library. 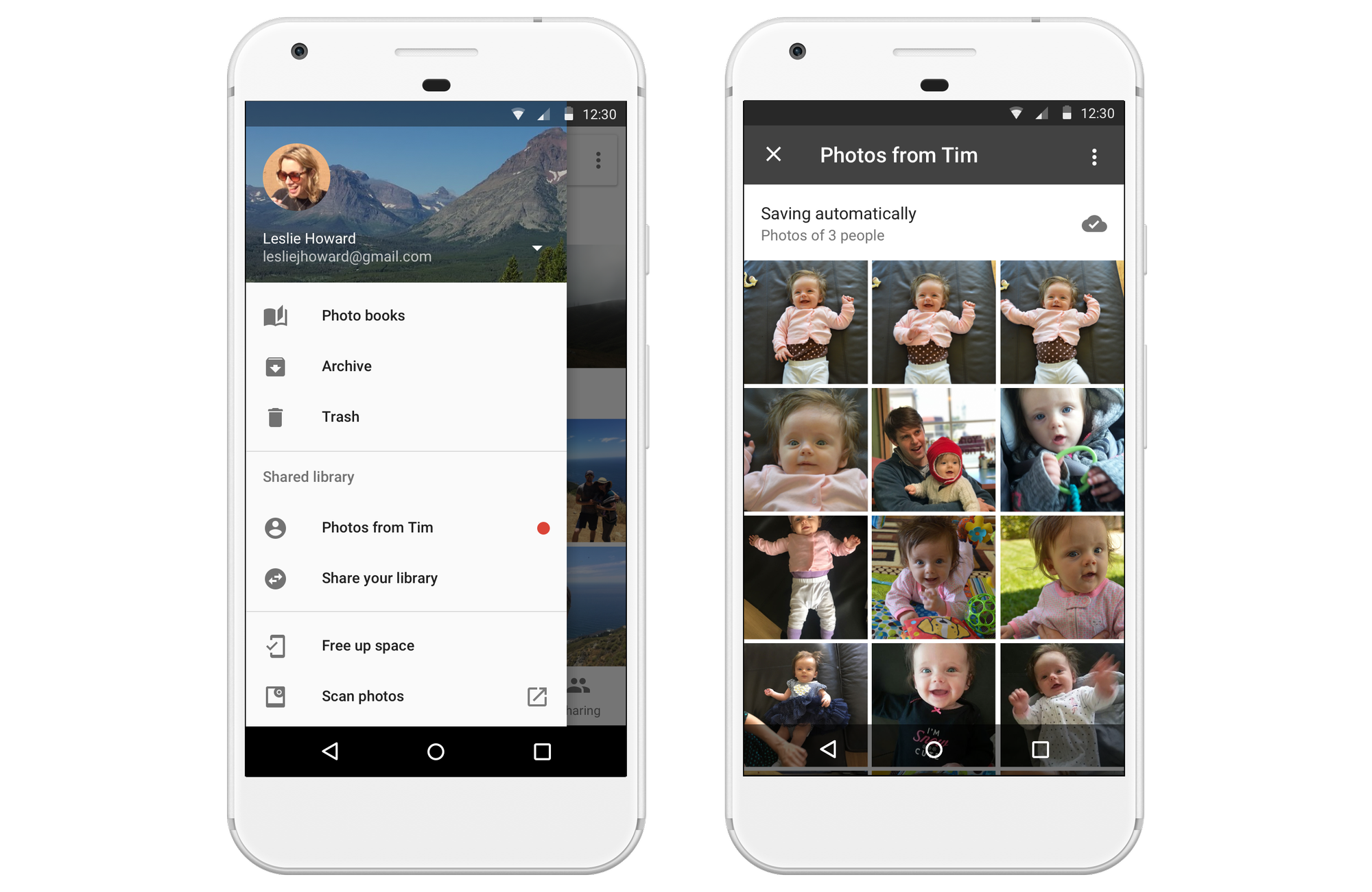 With Shared Libraries, you can effortlessly and automatically send and receive photos with one other person. You can give them access to your full photo library or, if you prefer, only photos of certain people or from a certain date forward. And when they share their library with you, you can automatically save the photos you want so they also show up in search and in the movies, collages and other fun creations Google Photos makes for you. Gone are the days of begging your partner for those special pictures only stored on their phone.

Although sharing a digital image is a piece of cake these days, but nothing beats the age-old physical copy no matter what. Google has announced a new service called Photos Books, allowing users to create a wonderful little book which you can physically send over to your loved ones.

Now what used to take hours in front of a computer takes just a few minutes with Google Photos. Photo books are incredibly easy to make—even on your phone. They’re beautiful, high quality, with a clean and modern design. And thanks to our powerful search technology, your photos are already organized by the people, places, or things that matter. Once you select the photos, Google Photos will find the best shots for you—removing duplicates and poor quality images. All that’s left for you to do is make a few tweaks and place your order. Soon, we’ll even suggest photo books just for you, like your trip to the Grand Canyon, time with family during the holidays, your puppy, or even your kid’s artwork.

The feature is rolling out today for those living in the United States, and is currently limited to the Web only. iOS and Android users will see the feature roll out to them starting next week. And yes, Photo Books will be rolled out to more regions in the time to come.

If you haven't downloaded Google Photos already, then you can do so from the links embedded below.