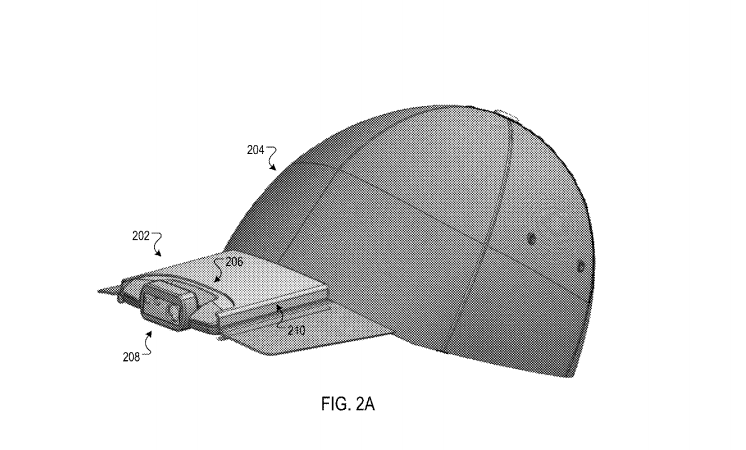 Google has filed a patent for "Google Hat", which has been described as "a hat and a camera system for the hat that can be used for an interactive session with a remote user."

As per the image filed in the patent, we can say that it is a hat with a camera mounted on its shade. The camera on the hat will be able to perform tasks like taking photos, videos, live streams and upload the media on social networking websites like Facebook. Also, it will have a dedicated mobile app for controls. In the patent, Google also mentions a built-in speaker, which it describes as "configured to create audio waves through the hat by bone conduction in the skull."

What else? The patent also shares information about a built-in microphone to record audio for videos and live streams. Not only this, but the tech giant also says that the hat will be able to perform other tasks for businesses like customer care. With Google Hat, users will be able to share the technical issues live in the form of a video with the executive on the other line. The hat will also be equipped with GPS for sharing live location with an "emergency situation server system."

On paper, the product sound exciting, but we think that will it be a practical solution? Because the tasks that it performs can also be easily done by a smartphone. However, for the users involved in heavy media sharing and live event coverage, it could prove to be useful. Potential audience for this product would be video bloggers, photographers, and other media professionals.

This is not the first time when Google is walking down the lane for an innovative everyday wearable geared with camera. If you remember, Google Glass also worked on similar premises and we all know how it failed to woo the consumers. But it looks like Google is not giving up on the project yet and is probably working on bringing it back in the form of Google Hat.

It would be interesting to see how the product turns out to be. What's your thought on this new patent filed by Google? Would you be interested in using Google Hat? Share your views in the comment section below.