Google One VPN is Now Available on iPhone and iPad

In late 2020, Google brought a VPN for its Google One subscription that allows access to more Drive/Photos storage, extended support, as well as some other perks. The VPN was exclusive to Android users only, but now, it is launching for iOS as well.

In order to access the VPN, you will have to have a 2TB or higher Google One Premium plan that costs $9.99 or $99.99 manually. If you are wondering, it is not available for the Basic or Standard tier.

Google One VPN is Finally Availale for iOS Users

You can go ahead and install the Google One app on your iPhone or iPad and start the setup process, once it is all rolled out, there will be a card in the Home feed that will let you enable the VPN. The next page will feature more details and a toggle with the iOS, a VPN icon will appear in the status bar once it is active.

The reason why Google introduced a VPN is that the company wants to encrypt your online traffic on unsecured networks and hide the IP address as well. Sadly, there are no country switching options like other VPNs. Google has said that it will “never use the VPN connection to track, log, or sell your browsing activity.” In addition to that, the client libraries are open source, and the end-to-end system has been audited by a third party. 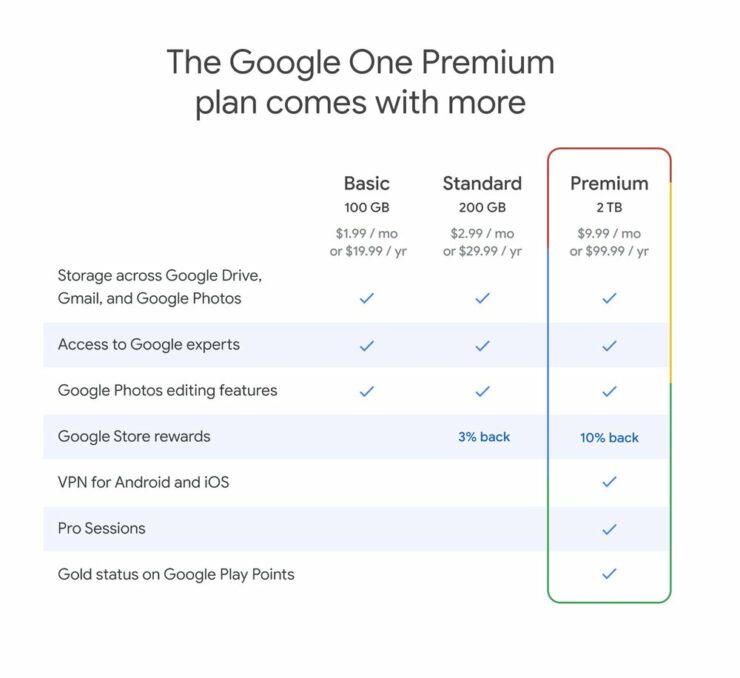 Google One members can share their plan and VPN which is available in 18 countries with up to five family members without any extra charge. The countries where you can use the Google One VPN are.

Aside from iOS, Google has promised that the Google One VPN is also going to be available on Windows and Mac down the road. The iOS support is rolling out in stages, so it might take some time for you to finally see the update.